Home > News > U-turn
Vlad Mitrache
You know Doug DeMuro, right? He's kind of funny, but sometimes it feels like he tries too hard. Or maybe it's just that it's difficult to tell whether he's being serious or not at times. Well, I guess that makes him a rather good actor, then.
6 photos

What he's best known for is his loose mouth that won't hold back to criticizing a vehicle if he feels like it deserves a little scolding. In a world where car journalists try desperately to remain impartial even though that's actually impossible, Doug DeMuro is a welcome breath of fresh air.

Of course, that's all fun and games until he says something bad about the car you drive (or the car you dream of driving). Then, Doug suddenly becomes your nemesis, a babbling lunatic who has no idea what he's talking about.

Well, if you took it so hard, imagine how the manufacturers of those cars would feel. They would quickly weigh their options and decide Doug isn't going to receive cars for test driving from them anymore. That makes Doug sad.

But it looks like he's found a way around this blockade, so no model out there is safe from his unfiltered opinions. Din we say "unfiltered?" We meant "heavily scripted reviews." Not that it's a bad thing.

This video is dedicated to the Tesla Model X. The electric SUV manages to blend two seemingly opposable notions - large car and zero emissions - but not everybody finds it to their taste. How about Doug?

The title of the video says "Here's why the Tesla Model X is an awful car," but don't let that fool you. We did say it was a "troll video," and the trolling starts from the title. Everybody would expect Doug to hate the Model X, and he knows that all too well. And since he likes trolling, he decided to do the exact opposite.

But it's not like he didn't try to find every possible flaw in the vehicle. As he puts it, he scoured the depths of Wordpress blogs and YouTube comments to find the most common complaints about the car and put them to test. But that's just part one.

About two-thirds into the video, the review takes a more serious turn, so make sure you stick around for that part as well. 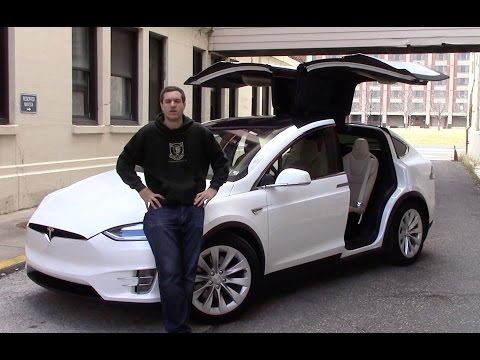