1 1980 Triumph Spitfire Is Not a Garage Queen, Gets Love From Its Owner Despite the Quirks

WAE, which separated from Williams F1 back in 2010, was responsible for the advanced battery pack fitted to the TE-1. The technology was meant to set new standards for electric bike performance, offering class-leading power, efficiency, charge times and range.

As luck would have it, the TE-1 has smashed those initial estimates as Triumph engineers concluded the final prototype testing phase.

“We are incredibly proud to be able to share such positive outcomes from the completion of Project Triumph TE-1, where the prototype demonstrator has exceeded many of our initial targets and expectations. Everyone on the team is thrilled with the results we have achieved with our partners, and how the outcomes of the project will feed into the electric future to come from Triumph,” said Triumph Motorcycles CEO, Nick Bloor.

Other highlights regarding this prototype include its regenerative braking function, whereas greater efficiencies in the motor generator unit and transmission could lead to further breakthroughs as far as future Triumph electric motorcycles are concerned.

“It is pleasing to hear positive rider comments which confirms that the dynamics of the bike are aligned with Triumph’s DNA,” added Dyrr Ardash, head of strategic partnerships at Williams Advanced Engineering. He is referring to comments made by Brandon Paasch, Daytona 200 champion and Triumph Street Triple 765 RS rider.

Ardash went on to say: “This has been underpinned by the class-leading Battery and Control System that WAE has produced within a lightweight and integrated package. This core WAE technology has allowed us to exceed performance and charging targets for the battery which we look forward to seeing in future powertrains.” 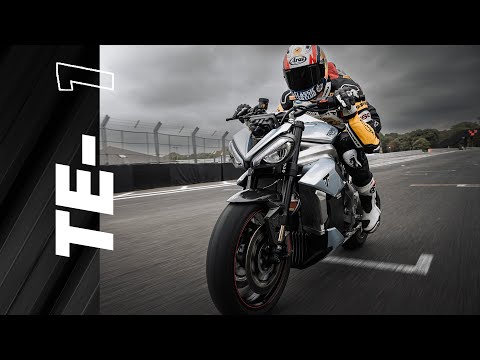