2 Delivery Drones and Air Taxis Could Boost Medical Transport, but Are They Safe?

3 NFT Unveils the Aska eVTOL Aircraft, First Units Will Be Delivered in 2026

5 Copt-e Is a Hybrid Vehicle that Can Morph Into an E-Vtol with Helicopter Rotors
Car video reviews:
Space Junk

The fastest and longest-range hybrid-electric VTOL (Vertical Take-Off and Landing) is scheduled for mass production by the end of 2024, and it boasts some impressive figures.
1 photo
Even though there are a lot of hindrances that have stopped us from flying our own VTOL thus far, companies keep developing new urban aircraft meant to decongest the busy traffic in megacities all over the world. Manufacturers are in a never-ending competition when it comes to the speed, range, and capabilities of their VTOL concepts. So given how many designs and prototypes are constantly dangled before our eyes, the sky should be very crowded in a few years.

Now Xeriant and XTI Aircraft have joined forces and they promise us the fastest and longest-range VTOL in the world. The TriFan 600 aircraft would supposedly be able to reach speeds of up to 345 mph (555 kph) and will have an impressive range of up to 750 miles (1,200 km). That is way above what any other VTOL out there promises to deliver.  It will use three ducted fans for lift and it will be able to cruise at altitudes of up to 29,000 ft (over 8,800 m).

The TriFan 600 promises to reduce CO2 emissions by up to 40 percent and operating costs and noise by up to 50 percent. The VTOL will have a capacity of five passengers, and it will reach its maximum altitude in 11 minutes.

Xeriant and XTI Aircraft haven’t revealed the price of their all too spectacular TriFan 600 yet, but we do know they plan to start producing it at full-scale by the end of 2024. 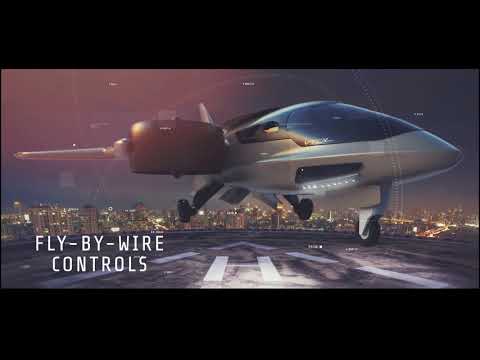