5 Sturdy, Moped-Style Gemini X Bike Promises a Load Capacity of 400 Lb and 80 Miles of Range
Car video reviews:
Up Next

The Economics of Owning an Electric Car: Is It Really Cheaper To Own an EV?

The season to search for your new bicycle is here. With that said, I chose to look at Trek's lineup for this year. In the process, I've come across a machine dubbed the Domane+ LT 7, an e-bike that not only asks you to drop a tad over $9K on it, but one that's built like few other production cycles around.

The year is 1975, and in a bar, the plans for what would become one of the world's most renowned cycling manufacturers were being discussed. That crew grew to be known as Trek, and if you turn on your TV to a cycling channel, chances are that the first bike you see is a Trek. To understand how this team achieved such standings, we can look at one of their freshest machines, the Domane+ LT 7.

If you look up the LT 7 on the manufacturer's website, you'll find that it's categorized as a road bike. While that's clearly true from this bugger's geometry, it can also perform off-road, making it suitable for some gravel routes. How it's able to do all that made me write this article. While there is a video at the bottom of this text detailing the exact process I'm about to describe, here goes.

If you haven't figured it out yet, this machine is built out of nothing more than carbon fiber. Aside from this material naturally being flexible and stiff when and where it's needed, Trek went a bit further and added a rear IsoSpeed system to the frame. IsoSpeed is Trek's proprietary vibration and bump dampening technology that allows the frame to wiggle just enough to reduce shock felt by the rider.

Looking closely at where the top tube meets the seat tube, you'll notice that the seat tube isn't actually connected to the top tube, but a sort of rubber stopper is separating the two segments. At least that's how things look. Underneath the top tube, riders will be able to find an adjustable portion of carbon fiber. By playing around with this segment, as seen in the video, you can modify how smooth or stiff your ride is.

Best of all, because you require nothing more than two hexagonal wrenches, you can even make this adjustment in the middle of the desert. The front of the bikes features an IsoSpeed too, but this one isn't so adjustable. Basically, you'll be riding a sort of rubber band bike.

Now, for the rest of this bike's capabilities. Aside from the fantastic frame I just pointed out, this sucker is an e-bike, and for this sort of cash, you can expect a mean machine. For the LT 7, Trek decided to work with a manufacturer that isn't Bosch. Gasp! Because Fazua is bent on producing a lightweight drivetrain and battery system, Trek decided they would be the better choice for this light road bike (29.6 lbs/13.4 kg with the drive pack).

Another benefit of Fazua's drive pack is that the BB is integrated into the bike and offers little to no resistance when the motor function is turned off. It's not clear how far you can ride with this 250-Watt-hour battery as several factors affect range, but this bike is mostly about using the human body as a means of propulsion; use the motor when riding uphill. Overall, this system will assist your legs up to 20 mph (32 kph). After that, you're on your own.

Making your ride even smoother, Shimano's Ultegra Di2 drivetrain will assist you in training on a whole new level. If you didn't know, this is Shimano's top-shelf wireless shifting system; press a lever and watch the magic happen.

Earlier I also mentioned that this bugger can go a bit above and beyond typical road cycling and can be taken off-road. To do that, Trek built the frame to be fender compatible, but most importantly, a greater tire clearance has been designed into the fork and rear triangle, allowing you to add those gravel tires you've come to love.

At the end of the day, you're paying about as much as some new cars for the Domane+ LT 7. Yet, you're buying a machine meant to be with you until the day you need a cane to walk because you've damaged some nerve in your leg from too much cycling. 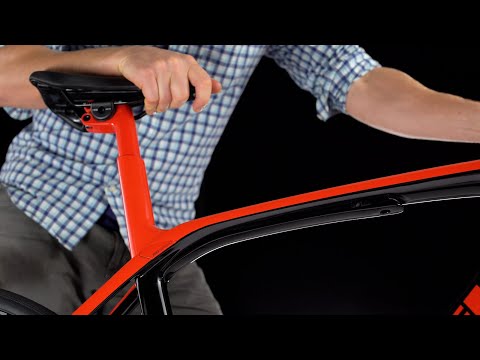