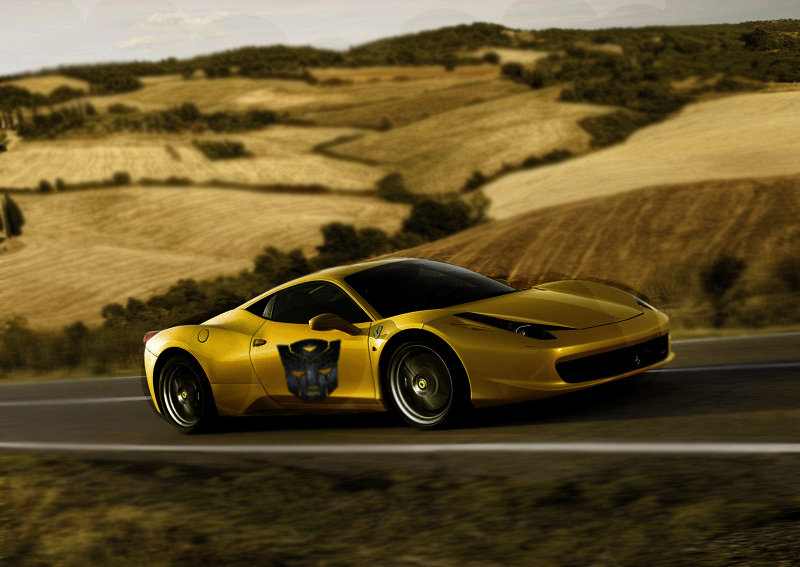 You heard it, mech freaks, the Transformers franchise is coming back, and this time will get probably the sexiest face ever: the Ferrari 458 Italia, who is joining the Autobot pack of Earth defending, shape shifting robots from another planet.

The announcement was made by the director of the "Transformers 3" movie, Michael Bay, during a visit to a Ferrari charity event this week.

"Transformers 3 has been going very well. We are going to shoot in LA, Chicago, Washington DC, Florida, Texas, Africa, Moscow, and China," Bay says on his official website. I also was at a Ferrari charity event this week raising money for a hospital being built by Ferrari in Haiti. I announced that night the newest Autobot to join Transformers: the Ferrari 458 Italia."

Now, we can only wait to see how Bay decides to turn the 458 beauty in the Autobot beats; because, supercar as it is, the Italia doesn't exactly strike as a pack of muscles, like say, the Camaro.

The new Transformers movie will also get a revised cast. While the previous two movies have somewhat lacked great acting (no offense to anyone), Bay says a new group of actors have been asked to join the trequel: Frances McDormand and John Malkovich. Shia LeBeouf and Megan Fox are cast in the third movie as well.

"On the talent front, we just locked in Frances McDormand and John Malkovich. Both amazing actors I've always wanted to work with. We also just got Ken Jeong, he is the super funny actor stuck in the trunk from “Hangover” and the Doctor from “Knocked Up.”