5 Built for the Future: Camper VisionVenture from Hymer and BASF
Car video reviews:
Up Next

Toyota is thinking of an autonomous, electric future that shifts the focus back on the human element, while vehicles are fully customizable, thoroughly enjoyable and very high-tech.

Toyota is not afraid to think out of the box, either, as their display at the 2019 Tokyo Motor Show booth can confirm. The “Mobility Theme Park” included anything from a racecar that could take the driver on any race track anywhere in the world with the help of virtual reality, to an electric broom inspired by a witch’s favorite means of long-distance transportation. The latter is not a joke.

This neat, one-seat racecar is Toyota’s idea of a horse in the future. An actual horse, Toyota boss Akio Toyoda stressed at the press conference introducing the e-Racer. He didn’t offer too many details about the racecar, but he did compare it to the animal, in that it would “communicate with people and their hearts.” “ I think cars of the future will be like horses,” he added.

The idea was that, as cars came to replace horses in terms of efficient transportation, self-driving electric vehicles will swoop in to take the fun out of driving. Sure, they will also relieve us of the stress of driving, but that’s not something all of us want. Enter the e-Racer, which is like a horse because it will still allow the human to experience the thrills of driving a fast, powerful car, while also learning from him or her to better that experience.

Toyota did release a video of the e-Racer in action, which shows a woman driving it on race tracks from all over the world through VR. Customizing the seat of the car is also a possibility with this neat concept.

“Experience the virtual fitting function that creates a racing suit just for you,” Toyota said ahead of the event, inviting people to their booth. “This vehicle represents the ‘fun to drive’ element of the future. Wearing specialized digital glasses, visitors can enjoy a real-life experience of a racing course of their choosing, and customize seating to fit their body shape.”

The e-Palette is Toyota’s proposal for a shared mobility service that would be both versatile and extremely useful. Because the operating of the e-Palette will be autonomous, people inside could dedicate their time to their hobbies, and thus turn it into genuine entertainment pods.

“A mobility service that maintains a close-knit relationship with people of the future,” Toyota said of the service. “Not just a form of physical transport, it provides a space for people to enjoy hobbies while bringing stores and services to customers.”

The boxy vehicles will have level 4 autonomy but still travel with a human operator, ready to take over the controls in case of an emergency. They will travel at 19 km per hour (11.8 mph) and have a range of 150 km (83.2 miles), being able to seat 20 passengers with the human operator, or 4 wheelchairs and 7 passengers in standing position.

This e-Palette is designed with every type of passenger in mind: it has seats suitable for all heights and is color coded for color-blind passengers. Because it’s low, people in wheelchairs can board it and get off very quickly, and it’s spacious enough to transport up to 20 passengers without feeling crowded. Thanks to its interface, it can communicate to pedestrians outside, informing them of its current status.

“We are proud to work with them on a vehicle that will not just move athletes physically throughout the Olympic and Paralympic villages, but will also offer them new opportunities to interact with others, share new experiences, and be moved emotionally,” Takahiro Muta, development leader for this unique version of the “Tokyo 2020 Version” e-Palette said.

When it was first announced, it was thought Toyota’s e-Broom was a joke. It’s not: it is an actual mobility platform that draws on a witch’s broom for inspiration.

“It flies through the air? Experience first-hand mobility of the future!” Toyota said ahead of its introduction at the 2019 Tokyo Motor Show. “Modeled after a broom used by a witch to fly through the air, this mobility platform integrates people and machines, allowing users to reaffirm the enjoyment of mobility.”

The e-Broom doesn’t fly through the air (bummer, we know!) and it’s not even that much of a broom, based on a demo included in the video below. It’s actually a mobility platform shaped like a stick, which has a fringe at the bottom that gives it a slight resemblance to the all-too-familiar household item.

The demo included a young man dressed in futuristic clothes on rollerskates, using the e-Broom as a propelling device. So it’s basically a device that gets you moving when you’re feeling too lazy to move your feet. Still, kudos to Toyota for really thinking outside the box on this one. 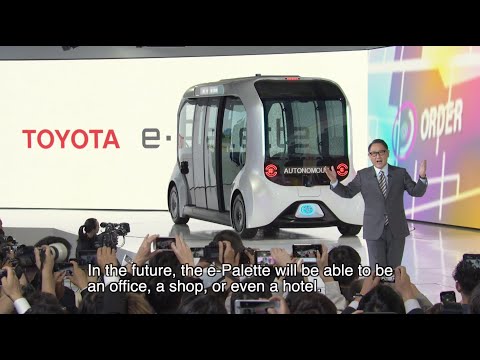 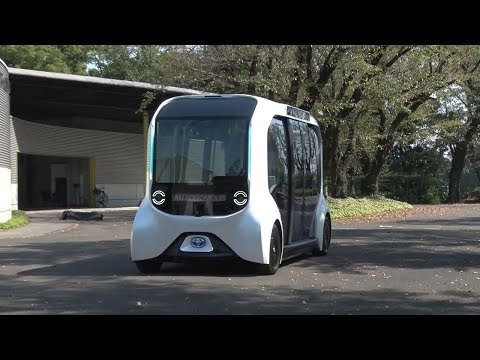 Sweeping change at @Toyota as they break into the electric broom market. #TokyoMotorShow2019 pic.twitter.com/XAJkThqtk8