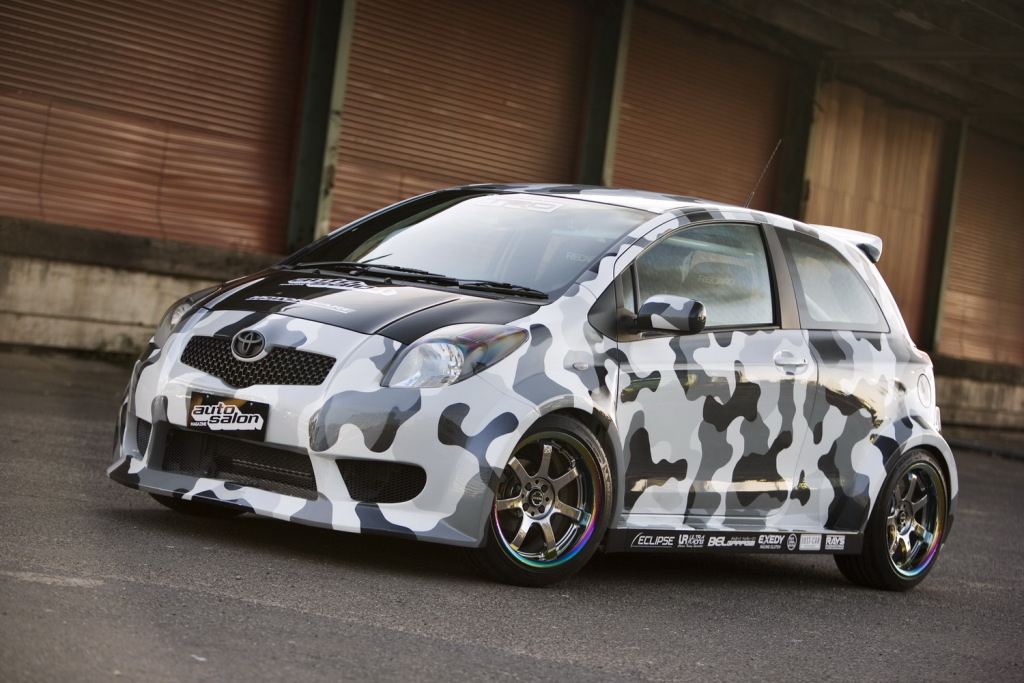 Toyota took advantage of the 2009 Melbourne Motor Show and chose not only to present its tuxedo dressed-for-the-occasion vehicle line-up, but also to introduce Aussies to what they call "cutting-edge customization ideas from the booming modified street car scene."

Victims of the makeover were a Yaris and a RAV4 models, who were taken against their will to the Australian street car promoter Auto Salon. The tuner excused itself for what they did to the cars by blaming Toyota: "Basically, Toyota gave us the cars and told us to go crazy," project leader William Ng said.

The Auto Salon Yaris is set apart by a camouflage paint-scheme, meant to conceal it from the ever increasing kangaroo violence Australian cities have faced lately. Its "double-wide" bodywork features guards which have been heavily flared to house over-sized 17-inch raised titanium lip wheels shoed in 245/40 Michelin Pilot Preceda tires. All that is missing is a M2 Browning machine gun...

The interior of the Yaris has been enhanced with the addition of race-style TRD Recaro driver and front passenger seats, and a TRD instrument gauge cluster mounted on the steering column. Yaris also got a Fujitsu Eclipse sound system with four amplifiers and six sub-woofers to be used in music torture techniques against koala bears. 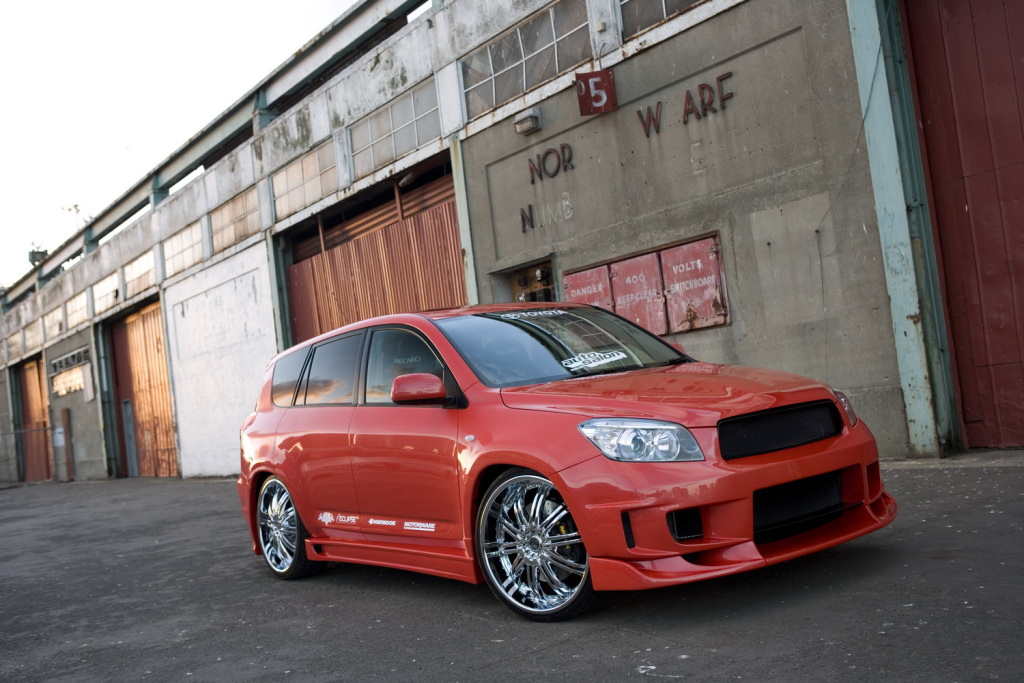 The RAV4, on the other hand, an already deemed girl car, got a testosterone implant with the new bright red pearlescent custom paint job. Bearded alfa males will now flock to the tuner's headquarters to get their greasy hands on the massive 22-inch wheels and tires that come with the car.

RAV4's look is completed by new front and rear bumper panels, deep side skirts and remote controlled doors. A custom-built airbag suspension allows the RAV4 to be lowered on its wheels by up to 25 centimeters then raised again... Eat your heart out, Snoop Dog!

"It's getting increasingly difficult to do something original within the show car scene but, because the Yaris and RAV4 are not common subjects for modification," added Ng. We couldn't agree more, Mr. Ng.