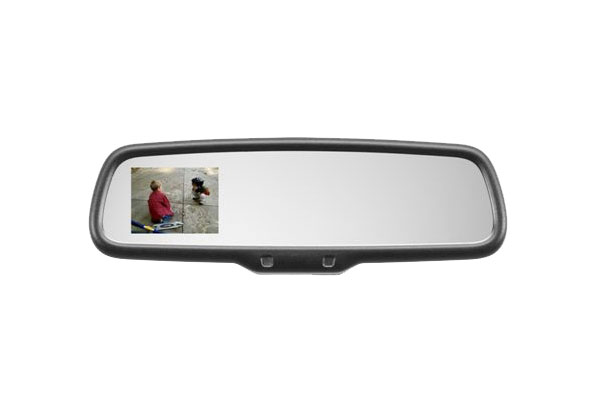 The new Corrola Verso will be the first vehicle built and sold in Europe to feature a Gentex Rear Camera Display (RDC) mirror. Gentex is also shipping to the Japanese manufacturer auto-dimming mirrors for the same vehicle.

"This is the first vehicle built in Europe and designed specifically for the European market to incorporate our auto-dimming RCD Mirrors," said Enoch Jen, Gentex Senior Vice President.

"Gentex technology has been well received in Europe and having the RCD Mirror offered on a number of trim levels further demonstrates consumer interest for this new feature."

The Gentex auto-dimming interior mirror has a built-in LCD screen that automatically displays a rear-camera view when the vehicle is shifted into reverse. The display disappears when you switch into any other gear.

This technology uses ‘transflective’ coating and lighting techniques developed by Gentex, which results in a bright, high-resolution color image.

The Verso multi-purpose vehicle (MPV) was developed by Toyota to mix he size of the MPV class with the dynamic driving of an everyday sedan. The car uses Toyota Optimal Drive technology and boasts 20 percent more engine power than it usually would have, while reducing CO2 emissions by as much as 12 percent.

Verso MPV comes in five different engine versions, both diesel and petrol powered. The Verso 2.0l D-4D seven seater for example puts out into the atmosphere 146g of CO2 every kilometer.

All the engines configurations will be mated to either a 6-speed manual transmission or a Multidrive S unit (which is actually Toyota's very own CVT gearbox). At the end of April this year, Toyota announced the UK prices for the Verso.