3 Confirmed: Electric RAV4 on Its Way
Car video reviews:
Up Next 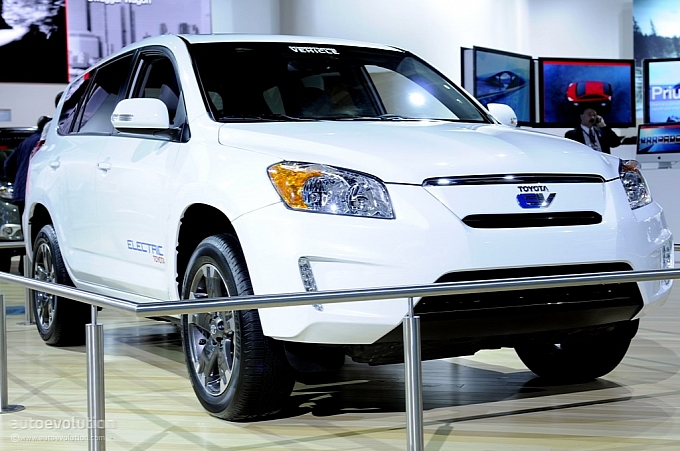 We already knew Toyota plans to make the RAV4 EV available to the general public, but they were still lacking a final site for production. It now looks that the automaker has finally decided to manufacture the electric SUV in Canada, at the the company’s plant in Woodstock, Ontario.

According to CBC News, the Canadian and Ontario governments recently gave Toyota $141.6 million in grants and loans to upgrade its southern Ontario plants in Woodstock and nearby Cambridge.

The move will reportedly secure 6,500 jobs at the two Toyota plants in Ontario plus thousands of supplier jobs.

“Ontario offers consumers who buy or lease electric vehicles between $5,000 and $8,500 in incentives, with the goal of having one out of 20 vehicles in the province electrically powered by 2020,” the aforementioned source further explains.

The Toyota RAV4 EV is a result of the collaboration between Tesla and Toyota. It was first show at last year’s Los Angeles Motor Show in November 2010, after which it was on display at this year’s NAIAS in Detroit, back in January. The final production version is widely expected to see a few design changes that will make it look more like a regular car, with changes to take place at the front.

The electric version’s exterior differs from the conventionally powered one due to a modified front bumper, grille, fog lamps and head lamps. On the inside, the electric RAV4 features custom seat trim, multimedia dash displays, push-button shifter and dashboard meters.

The electric drive train which powers the model, supplied by Tesla, comes in the form of 30 kW lithium metal oxide which gives it a range of around 100 miles (160 km).