Toyota Target Wins in 2009, Reliability Is a Must 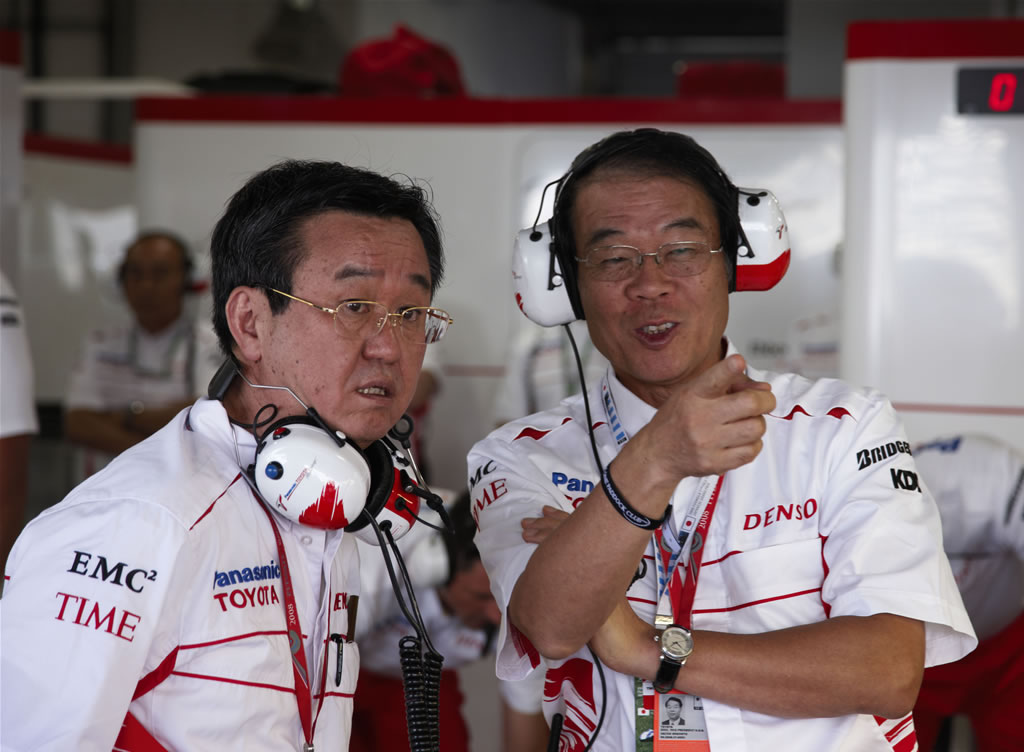 Toyota's F1 team are committed to improving their performance in the Great Circle next year, but admitted solving their reliability problems should be top priority for 2009. Team principal Tadashi Yamashina revealed that, apart from developing their kinetic energy recovery system, his team is looking to resolve the reliability problems that cost them important points in the manufacturers' standings last year.

“I am very proud of the progress the team has made in 2008. We have achieved one of our goals; to get back on the podium; and we have also shown a lot of potential while fighting at the front in several races,” said Yamashina when referring to the progress made by Toyota during last season. Jarno Trulli scored a 3rd place in France and Timo Glock managed to finish the Hungarian Grand Prix in the runner-up spot as Toyota's only podium appearances throughout 2008.

However, the Toyota principal has already set his team's goals for 2009, especially after they will have managed to improve car's reliability to close to 100 percent.

“We should not dwell only on the positive aspects of the season. Toyota's goal in Formula One is to win and we did not achieve this in 2008; we also had other disappointing results when we expected more, for example at Fuji Speedway.”

“Our reliability record compared to the other teams was good but still we lost points on several occasions due to problems and we must strive to eliminate any reliability problems because lost points can be very costly in terms of the championship. Our drivers can rest assured that we target 100% reliability and, even if we know this is a very ambitious target, we are working flat-out to achieve it,” added Yamashina.

Toyota's aim for 2008 – at least in the second part of the season – was to finish ahead of Renault in the overall manufacturers classification. However, with the French manufacturer stepping up their game in the last few rounds of the 2008 championship, Toyota had to settle for 5th place overall.