3 Construction on Toyota Woven, the City of Tomorrow, Officially Begins

4 Oceanix, the Floating Utopian City That Would Save Coastal Communities

Toyota's Futuristic Woven City Will Be Powered by Hydrogen

The fact that Toyota started to build its own 175-acre city of the future it’s already yesterday’s news. It is happening and it’s going to be a society of the future, fully automated, sustainable and interconnected using AI technology. But what we didn’t know up until now was how they’re planning to power the entire ecosystem. Turns out they’re going to use hydrogen energy.
1 photo
Woven Planet, a subsidiary of Toyota, which is responsible for the prototype city, recently announced in a press release (you can peruse it in its dedicated section below the article) that it partnered with ENEOS, a major Japanese player in the hydrogen business. The goal is to create a hydrogen-based society and to become carbon-neutral at the same time, by 2050, according to their estimates.

Toyota and ENEOS are going to test the hydrogen-based supply chain in and around Woven City, from the production phase to delivery and usage. The Japanese carmaker sees hydrogen as one of the cleanest energy sources available and tries to explore and implement the hydrogen and fuel cell technology as much as it can.

Woven City starts as a small-scale project, with a community of roughly 360 residents, but will eventually reach over 2,000 individuals, including Toyota employees. It will serve as a live-in laboratory for present and future Toyota technology and inventions.

The futuristic town will have three types of streets, each with its specific purpose: one for pedestrian use, another one for automated driving and the third one for pedestrians with personal mobility vehicles. The goal is to create a sustainable urban environment that promotes carbon neutrality in everyday mobility.

ENEOS is in fact a petroleum company that is now focusing on hydrogen production. The company operates 45 commercial hydrogen refueling stations in Japan and promotes a low-carbon use of energy.

Woven City will be located at the base of Mount Fiji, in Susono City, Shizuoka Prefecture. It was designed by Danish architect Bjarke Ingels, whose portfolio includes among others the LEGO House in Denmark, the two World Trade Center buildings in NYC, and Google’s Mountain View and London HQ buildings. 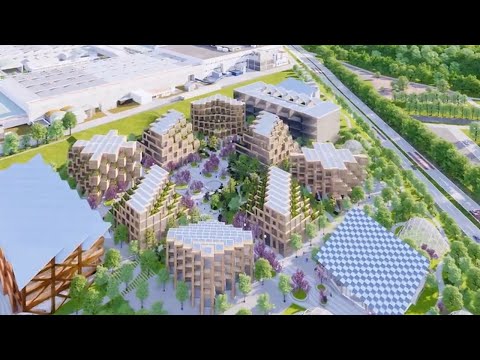 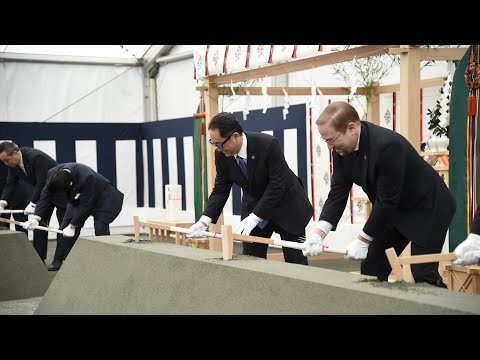