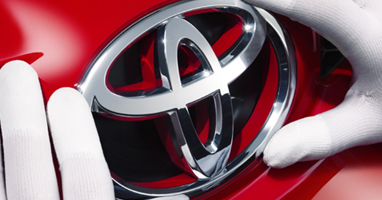 Established in 2010 in response to the increasing pressure caused by the huge recall announced in the beginning of the same year, Toyota's so called independent North American Quality Advisory Panel has been hard at work trying to harmonize the automaker's practices with the requirements and expectations of the American consumers.

A while back, the panel, led by former Transportation Secretary Rodney Slater, made a few recommendations to Toyota, in the hope that if fulfilled, they would help the carmaker recover the glory lost once the unintended acceleration issue made the headlines.

Those recommendations (all meant to improve the Toyota practices and the image the automaker has in the US)  include strengthening supplier quality controls, more safety testing, providing the THUMS crash test software for university research and launching a safety research center dedicated to protecting the most vulnerable traffic populations. At the same time, the panel recognized that Toyota had little to do with the problems which led to the massive recall of 2010.

“We appreciate the Panel’s efforts to help us further strengthen our processes, and we thank this distinguished group for their recommendations. Over the past year, Toyota has learned a great deal from listening to the Panel’s valuable counsel,” said Toyota's leader Akio Toyoda.

”Their advice has been reflected in the meaningful steps we’ve taken to give our North American operations more autonomy and become an even more safety-focused and responsive company. Now, the Panel has given us further insights into how we can best achieve our vision."