Since the introduction of the J300 generation, everyone has been crazed about Toyota’s iconic Land Cruiser all over again. But truth be told, this newer iteration was never going to be available everywhere, to begin with.
16 photos

Never mind that North America is only getting the Lexus LX 600 sibling from now on. In other places of the world, such as Europe or Israel, this was never an option as those markets only enjoyed access to the smaller J150 Land Cruiser Prado variation, also known as the Lexus GX in the United States. Now, with all the woes surrounding the automotive industry in general and delayed J300 Land Cruiser deliveries in particular, is anyone wondering why the Prado has been abandoned and seems to have fallen off the upgrade chart?

Even virtual automotive artists that were at first eager to prepare it for digital farewells have long since abandoned the case. Or, at least, that was until the pixel master better known as Theottle on social media decided to cook up an alternative to the belated generational switch. Thinking that Toyota has a related pickup for most SUVs (Hilux and Fortune, Tacoma and 4Runner, Tundra and Sequoia), the CGI expert decided to also imagine the pickup truck version of Land Cruiser’s Prado series.

Thus, his latest behind-the-scenes making-of video feature (embedded below) presents us with the digital case of a Prado J150 pickup truck. And it would be one rad vehicle that borrows cues from the Hilux mid-size pickup truck for a legendary mashup that would take the best cues of both worlds: Prado’s legendary off-road abilities and the inherent Hilux workhorse capabilities.

Well, if you ask us if Toyota does not give us a new Prado SUV generation soon, at least they should consider the possibility of expanding the family with a capable pickup truck alternative. And it would easily become a dream ride if Toyota gave it J300’s new 409-hp twin-turbo 3.4-liter! 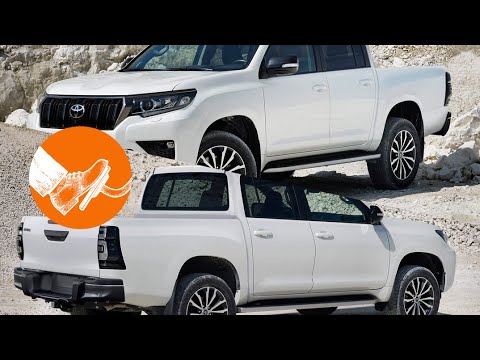