4 Toyota Supra A90 Eurofighter Is A Carbon and Kevlar Bodied, Savage Drift Machine

Did anyone think the fourth-generation Toyota GR Supra only had things in common with the G29 iteration of the BMW Z4? Well, some life-long fans of the Japanese sports car might be surprised to learn that Toyota seems to believe the GR Supra might also share a trait or two with something called the BAE Systems Hawk.
9 photos

For those unfamiliar with the spectacular world of aviation, the latter is a single-engine, jet-powered advanced trainer aircraft created in the United Kingdom. It’s both a trainer and an affordable combat aircraft, as well as the weapon of choice for the Red Arrows, a.k.a. the Royal Air Force Aerobatic Team.

So, what does Toyota have to do with a national aerobatics display team? A lot more than we imagined, it seems, based on the latest promotional activity undertaken by the Japanese company’s British subsidiary. After all, seeing cars and planes together is not that uncommon, right?

But how about sports cars mimicking planes?! It seems that’s also a thing nowadays. Toyota says it has decided to recreate the “thrilling spectacle of wing-to-wing flying” through an equally enticing driving show that was designed to showcase “the precision handling qualities of its GR Supra sports car.”

As far as first-days-of-the-year marketing stunts are concerned, this one gets a pass. Not only because we like the GR Supra, but mostly because we’re usually suckers for anything remotely linked to the incredible world of aviation.

And the GR Supra stunt team did its best to recreate the show atmosphere, taking out a total of nine sports cars on the track (the Red Arrows are famous for their Diamond Nine formation). Even better, they also fitted each car with a colored smoke system, clearly taking the difficulty level up a notch or two as they sought to bring a fitting “tribute to the world’s finest flying aces.”

By the way, after checking out the official synchronized drive footage, you may also want to have a look at the second video embedded below; Toyota was so proud of this achievement it also documented the story in proper behind-the-scenes fashion. 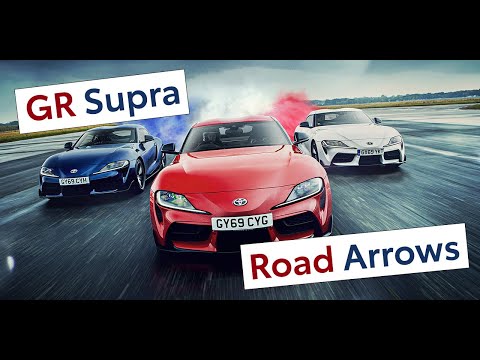 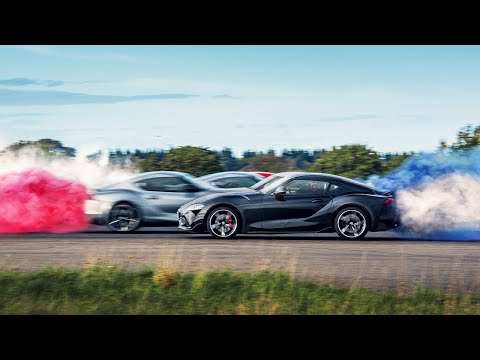