Toyota FT-86 Concept Inspired from Sports Cars of the Past 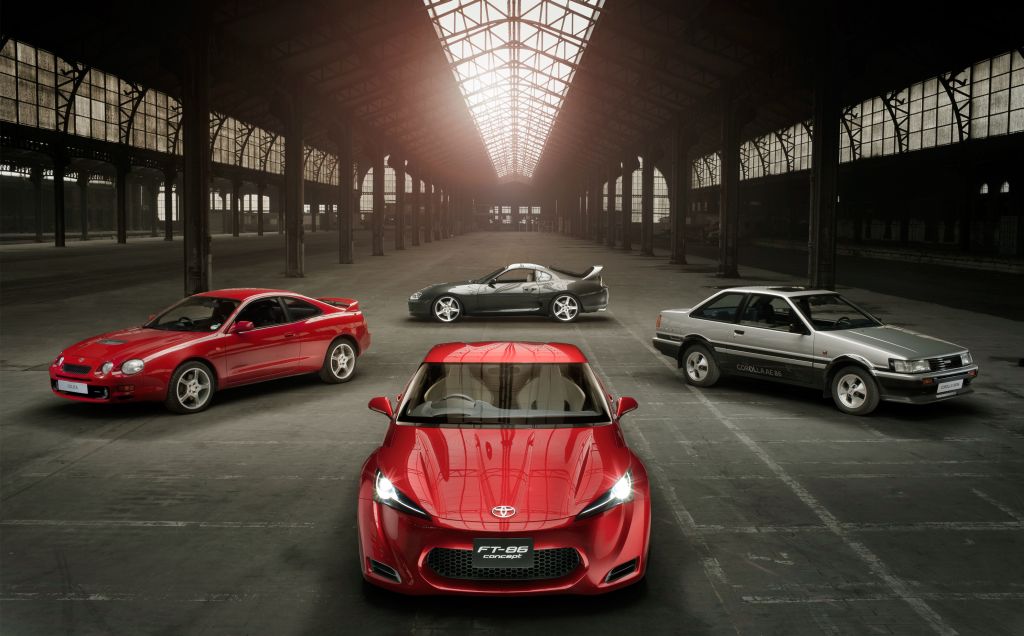 Also known as Toyobaru until its first unveiling at the 2009 Tokyo Motor Show, the FT-86 Concept draws inspiration from sports cars of the past, Toyota says. Making its European debut these days in Geneva, the car was inspired by the Celica, MR2, Supra and Corolla AE86 models.

Although considered by some a brave move given the fact the Japanese carmaker’s image is currently seriously damaged, Toyota still has the guts to look at the future.

The FT-86 Sports Concept is said to preview a new-generation Toyota sports car, designed to revive the spirit of the Corolla AE86, sharing its front-engine, rear-wheel drive format, with a lower than usual center of gravity.

“The low, highly aerodynamic bodyshell is stretched tight over the engineering hard points, and, measuring 4,160mm long overall, the bodywork has been rendered as compact as possible,” Toyota says.

“The cockpit is purely functional and ergonomically efficient, with widespread use of sporting, ultra-lightweight components and finishes that support the car’s balanced weight distribution and power to weight ratio.”

“Rather than treating the 2+2 interior design as a stylised addition to the cabin framework, a thin, tight-fitting skin has been applied to the essential cockpit components, as can be seen in the treatment of the dashboard and seat upholstery.”