2 Uber Getting $1 Billion from Toyota, Others for Self Driving Car Technologies

4 Mercedes Parks on Top of Toyota at New Jersey Mall

5 2020 Toyota Highlander Unveiled in New York
Up Next

Hyundai Venue N-Line In the Works, Venue N Could Happen Too

Mihnea Radu
So you're looking to buy a family wagon with about 180 horsepower. You're probably looking at a Skoda Octavia or maybe even the new Ford Focus. But have you considered the new Toyota Corolla?
32 photos

Yes, a Corolla wagon, available for the first time in forever. Toyota finally dropped the Auris name, and that's not the only thing changing for 2019. Instead of a 2-liter diesel like most automakers offer, the Japanese company developed a powerful 2-liter hybrid.

Considering the 184/190 PS 2.0 TDI has been stripped from many model ranges, we think you should consider going green. While most reviewers say you should avoid this powerful hybrid because it's too expensive, we want to look at the huge performance benefits.

The independent tests from AutoCentrum reveal this car will hit 100 km/h in 8.1 seconds, exactly like Toyota claimed. It's not a mind-blowing number, but we're actually impressed. You see, the Skoda Octavia RS Combi is just one-tenth of a second faster. And isn't that super-popular in Poland, where this test was carried out?

"Oh, but hybrids are bad for long motorway journeys," is what most TDI fans will say. But Toyota proves them wrong again. Real-world tests show the 180 HP engine drinks 8.5 l/100km cruising at 8.5 l/100km, which must be some kind of record for a normal hybrid. Also, it averages 7.6 l/100km over the first 3km after a cold start, something diesels struggle with. We're not saying it's the best thing since sliced toast, but it's different.

If you just want a Corolla Hybrid wagon, for about €3,000, you can have the 1.8-liter hybrid model. It makes 122 HP and takes a little over 10 seconds to do the standard speed. Obviously, it's going to be more efficient at low speeds. The hatchback has even more options, like the 1.2-liter turbo with 116 HP available with AWD, and a normal 2-liter borrowed from the American lineup. 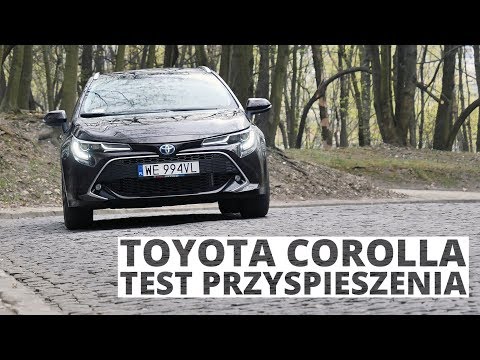 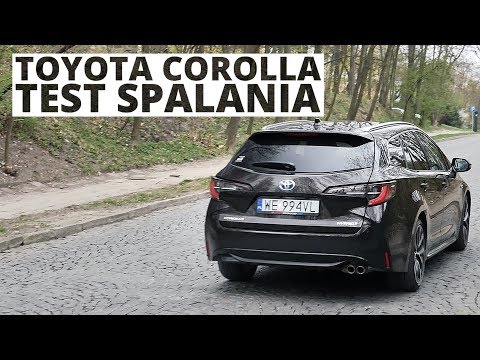