1 Toyota Target Wins in 2009, Reliability Is a Must 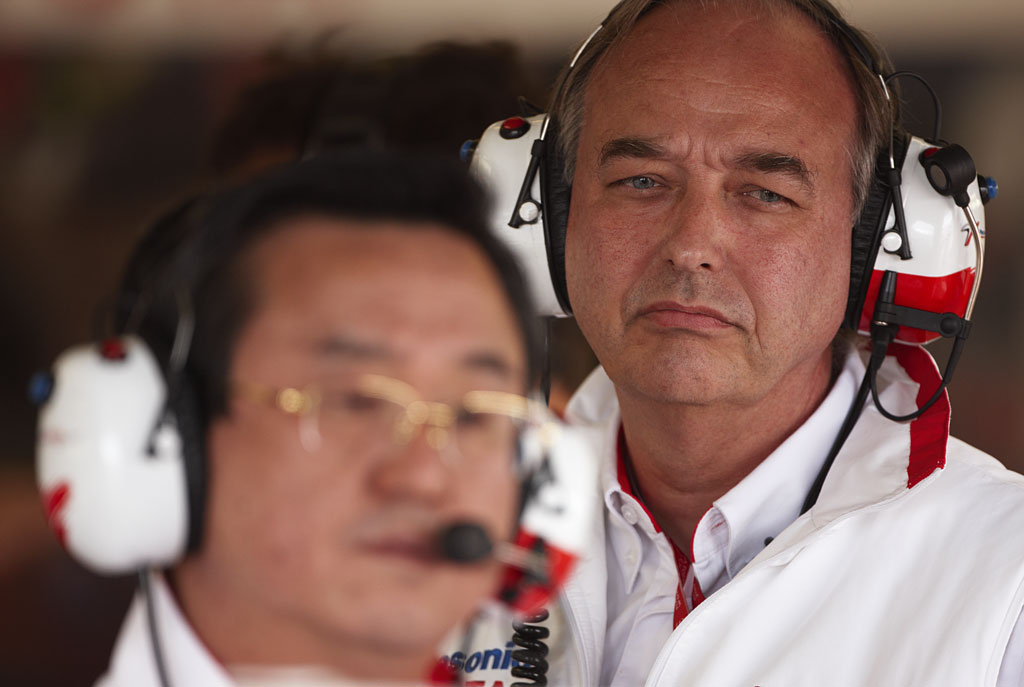 Toyota have not been left untouched by the global economic regression. According to the latest media reports in Japan, the biggest car maker in the world is expecting a drop in sales that should lead to a loss of $1.7 billion for the year to end-March 2009. Toyota therefore joins Honda and Bridgestone as Japanese manufacturers who have forecasted a significant drop in sales for the upcoming year.

However, the Cologne-based team insists the worldwide economic crisis will not force them out of the Formula 1 championship. Team's president John Howett revealed that Toyota is still very much concerned about their motorsport programme and that the new cost-cutting plan announced by the FIA for the upcoming seasons will help the team get over the potential financial difficulties.

“Clearly I guess everybody, not only motorsport teams but in all sports, faced with the financial turmoil at the moment, is managing their business correctly, but I don't think we are living hand-in-mouth or from day-to-day.”

“I think it is a very pragmatic approach that will allow all teams to reduce costs significantly, the DNA of F1 is retained and the intention of FOTA is to continue in the early part of next year once the initial wave of improvements have been introduced to look at further changes,” Howett was quoted as saying to BBC Radio 5 Live.

Earlier this month, Panasonic Toyota F1 team have been listed by the Financial Times as the only team within the F1 paddock to pay all its bills on time. As shown in the study conducted by the above-named magazine, the Japanese manufacturer seems to pay all the bills with an average 5 days in advance. The podium is completed by two independent teams – Red Bull and Toro Rosso – who pay 99% of their bills on time.