2 Toyota and GM in Awe, Kia Announces Increasing US Sales

3 Toyota January Report (US) - Drop It Like It's Hot

5 Toyota & Williams Use Illegal Diffusers?
Up Next

Pedrosa Pulls Out of Sepang Test Due to Knee Pain

Toyota Bows as the Recession Continues to Slash Sales 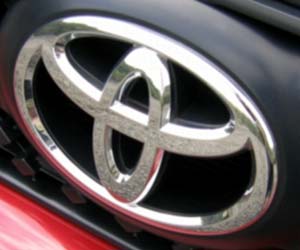 Recently crowned the world's number one automaker, problems are far from being over for Toyota as the Japanese company continues to fight against the economic downturn with all kinds of cost-cutting measures. Despite temporary jobs layoffs, budget cuts, reduced production and canceled plans, Toyota sees its sales going down. After announcing in December that the fiscal year ending in March may bring the first operating loss in its history, Toyota is now forced to reduce its annual net forecast to a 350 billion yen loss from the initial 50 billion yen profit.

According to CNBC.com, the October-December third quarter produced an operating loss of 360.5 billion yen for the Japanese automaker, while nine-month sales fell 13.8 percent to 16.99 trillion yen.

And Toyota can do nothing about it. After announcing exhilarating expansion plans in the prior-recession year thanks to an impressive growth in most markets, Toyota now has to cancel all these plans and to concentrate on a massive cost-cutting campaign to be sure it faces the crisis.

Unfortunately, Toyota may apply even more cost-cutting measures in the near future, according to the aforementioned source quoting a source familiar to the situation. It may seem the Japanese company plans to axe some jobs in the United Kingdom and in North America and to lower production at several sites during February and March.

Toyota recently confirmed it will work in a single shift on 17 production facilities at different times in January and February, CNBC.com wrote, as part of a broader attempt to align production with the market demand. In addition, it also said it will temporarily shut down production of domestic factories for a total of 14 days between January and March, as sinking sales are expected to continue in the first months of 2009.