Toyota A-BAT Concept Is Being Put on Hold 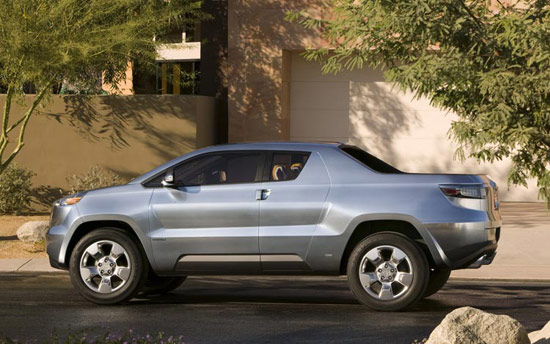 Although it initially sounded like one of the most enthusiastic plans prepared by the Japanese automaker, the A-BAT concept has been indefinitely put on hold by Toyota. The reasons? Fairly unclear for the time being but, taking into account the economic chaos and the collapsing sales in markets around the world, such a decision would pretty much make sense.

Somehow... Because the A-BAT, which actually stands for Advanced Breakthrough Aero Truck, was powered by a hybrid powerplant, with reduced weight and small footprint - this means the car could easily match the current market demand and bring acceptable sales in the US.

"We have a lot of top priorities right now, and A-BAT isn’t one of them," he said according to pickuptrucks.com last week at the New York Auto Show. "The market has changed dramatically over the last 12 months. We always keep reprioritizing – under good economic or recessionary times – what our planning is. [For now], it’s on the shelf."

"Some concepts come to market quickly, other concepts don’t see the light of day," Carter said. "One concept that came to market quickly was the FJ Cruiser. The response we received was so exceptional that we immediately went to the next step for production. That’s what we’re doing [at the N.Y. auto show]. We’re gauging response to what we think the potential volume might be for a micro or subcompact vehicle [like the Scion iQ]."