1 E-Class Goes From Africa to the UK without Refueling

2013 Tour de France winner Chris Froome has recently become the first person on Earth to cycle from the United Kingdom to France under the sea, through the Eurotunnel. The ground-braking marketing initiative follows the recent launch of the Pinarello Dogma F8 bicycle designed in collaboration with Jaguar.

The clip below shows the Team Sky leader riding from the Eurotunnel Terminal in Folestone on England’s south-east coast, to Calais in France. Froome rode through the tunnel at a trainin-pace, competing the world’s first ride in a time of approximately 55 minutes and reaced speeds of up to 40 mph (65 km/h).

Jaguar and Team Sky began discussions over six month ago with Eurotunnel officials, who have been preparing several festivities to celebrate the tunnel’s twentieth year in 2014, to make the cycling challenge possible. The service tunnel is one of the highest securty sites in the UK and France.

Froome described the experience as unique and rare: “Cycling under the sea was an incredible experience. Opportunities to become the first person in the world to achieve these kind of feats are extremely rare nowadays, especially as a pro-cyclist. To become the first person ever to cycle through the Eurotunnel was right up there with some of the most iconic rides I’ve ever done - this must have been one of very few ‘world first’ rides left!”

As to the bike the champ was riding, it’s the one Jaguar recently revealed, a ground-braking new bicycle created by Pinarello and supported by the team. Built in consultation with Team Sky, the one whining the 2013 Tour de France, it's supposed to be the fastest bike out there. 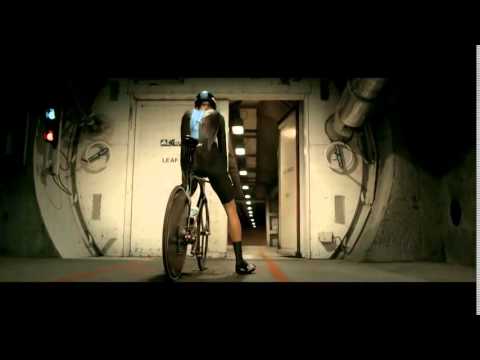