Formula 1 is the highest form of motorsport racing overseen by the FIA. The question is, can a championship-winning car like the Mercedes W10 defeat a Formula E car and a WRC rally car in a straight-line dogfight?
11 photos

Top Gear’s designated racing driver and his buddies are much obliged to answer that question on a rather wet runway. All three vehicles are fitted with treaded tires, but it’s the Mercedes W10 from 2019 that fares much better in these conditions due to its Pirelli Cinturato Blue rubber.

Upgraded with newer aerodynamic bits and the livery of the W12 that helped Mercedes-AMG Petronas win the constructors’ title in 2021, the V6-engined car is primed to win this race for all the most obvious of reasons. The DS E-Tense FE21 simply doesn’t have the legs to keep up with Lewis Hamilton’s hybrid-powered machine, yet Ford has the upper hand in terms of traction because the M-Sport Fiesta WRC is rocking all-wheel drive.

Obviously enough, the Formula E and rally car both dig in better than the F1 car off the line. Despite the wheel spin, the W10 builds up speed like nobody’s business, crossing the finish line ahead of its unlikely rivals.

Be that as it may, the M-Sport Fiesta WRC sounds much louder than the W10 under acceleration. We often criticize Formula 1 for dropping the previous N/A V8 engine for a hybrid turbo V6, but still, it is what it is.

The World Rally Championship is due to introduce hybrid drivetrains next year, which is why M-Sport has switched from the Fiesta to the Puma for 2022. Formula 1, on the other hand, is making lots of changes in the aerodynamic department with the revival of ground effects. The switch to 18-inch wheels mounted with low-profile tires is a pretty swell change in its own right.

As for Formula E, the Gen3 racecar will debut in the 2022-2023 season with increased power and reduced weight. Fast-charging batteries capped at 600 kilowatts, two motor-generator units, and a top speed of 200 mph (322 kph) compared to today’s 174 mph (280 kph) need to be highlighted as well. 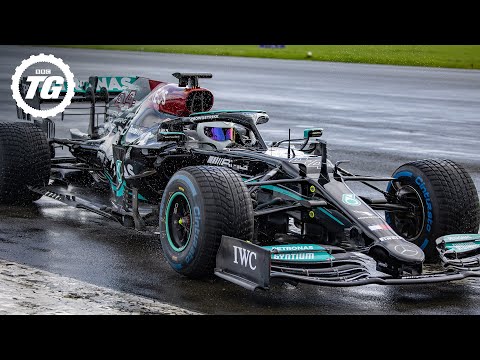