3 art of rally Review (PC): Zen Driving on the Winds of Synthwave

5 Mitsubishi Lancer Evolution Through the Years
Up Next

Cosmin Vasile
It’s rare that you find a realistic racing game on mobile, but Rush Rally Origins seems to be that and more. The game combines top-down racing mechanics with high quality graphics and physics. The sequel/prequel to Rush Rally 3 features 36 new and unique stages across the world.
7 photos

Each of the stages included in Rush Rally Origins features selectable time of day and weather conditions. Not to mention that throughout the game, you’ll be able to drive over many challenging surface types including snow, gravel, dirt, mud and tarmac.

What makes Rush Rally Origins stand out is the promise that if offers one of the best car dynamics models to date, which has been highly tuned for the game. In Rush Rally Origins, players compete in a series of rally championships, race against others in A-B Race mode and try to improve their times in the time trial game modes.

As you progress, you’re supposed to unlock a selection of classic Rush Rally cars, which can also be upgraded. The game features a simple upgrade system that lets players customize their cars to fit their driving style.

And the best part is that Rush Rally Origins has been optimized for both touch screen controls and game controllers. Moreover, the game lets players scale, move and swap buttons to make the control scheme more suitable.

As far as the price goes, Rush Rally Origins is not a free-to-play game. Fans of the series and racer games addicts can pick this one up for just $5 on either iOS or Android via App Store and Google Play Store, respectively.

On a side note, Rush Rally Origins is available for the Nintendo Switch as well, so if you’d prefer another platform, the game can be purchased for $10. Of course, neither version features ads or in-app purchases. 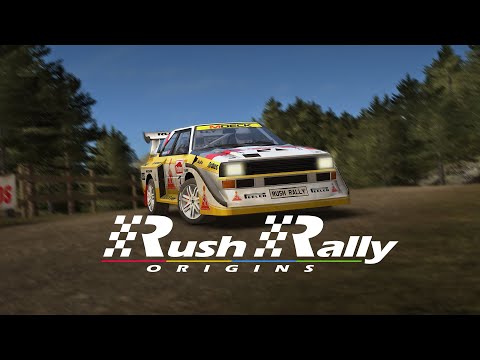