Daniel Patrascu
Back in the day when Neil Armstrong stepped onto the surface of the moon, for the first time in human history, people started believing that by the time you are reading this piece, millions of our kind will be living on the Moon and on Mars. The crude reality is that it didn't happen, for reasons which do not concern us here. In fact, not only did we not establish a permanent human settlement off-world, as sci-fi authors like to call other planets, but we didn't even manage to build a truly reliable, longrun vehicle in which to make more than "one small step for man". But we did make progress... We set out to give you a brief presentation of the most important attempts made by man to put wheels on the surface of other planets. And there's no better place to start than with the Lunar Roving Vehicle. Lunar Roving Vehicle The Lunar Roving Vehicle was the first purpose built wheel-driven vehicle to take to the skies. Built by Boeing, the LRV was initially expected to cost $19 million, but ended up costing twice as much. Four units of the LRV were delivered to NASA to be used on the Apollo missions 15, 16 and 17. After the scrapping of the Apollo program, the fourth was used for spare parts. The LRV weighed 210 kg and was designed to hold an additional payload of 490 kg on the lunar surface. It was 3.1 meters long and had a 2.3 meters long wheelbase. The frame (using the term "body" is inappropriate, given that it didn't had one) was made of aluminum alloy and consisted of a 3-part chassis hinged together so that it could be folded into the Lunar Module's bay. The LRV featured two 36-volt silver-zinc potassium hydroxide non-rechargeable batteries, used to power the drive, and four DC electric steering motors, one for each of the four wheels. Each electric motor developed 0.25 horsepower and was linked to the wheel via a harmonic drive. Both sets of wheels could turn in opposite directions, allowing for a steering radius 3.1 meters. Steering was done by means of a T-shaped stick. The LRV was very simple to control: forward for forward, left for left, backward for brake. To go backwards, the astronaut had to press an additional switch before pulling the stick backwards. The LRV, which later was known as the Apollo Lunar Rover Vehicle (named after the program it was used in) or the moon buggy, is to be considered a type of a pioneer. It didn't travel much, didn't last long, but it was THE FIRST. The longest distance traveled by one the Rovers, in its entire career, was 22.30 miles (35.89 km), amounting to an operating time of 4h 26m. But that's not LRV's single achievement. It was and still remains the single wheel driven vehicle to carry a human being on the surface of another planet. Mars Exploration Rovers Millions of miles away, on the dusty surface of the Red Planet, two identical twins roam the Martian soil, on opposite sides of the planet, searching for... rocks. After spending some $820 million, two NASA Mars Exploration Rovers, called the Spirit (MER-A) and Opportunity (MER-B), have been sent to Mars in 2003. The ship carrying the two unmanned vehicles delivered them to Mars in 2004. Spirit landed on Mars at Gusev Crater on January 4, 2004, while its brother did the same thing on January 25, 2004, on the opposite side of the planet, in the Eagle Crater on Meridiani Planum. Their mission was expected to last at most 90 days. Five years later, the two rovers are still alive and rolling on Mars.
The Mars Rovers are six-wheeler, solar powered vehicles. They weigh 180 kg and stand at 1.5 m high, 2.3 m wide and 1.6 m long. The rocker-bogie suspension system allows each of the rover's wheels to remain attached to the ground, regardless of the type of terrain. Top speed of the vehicles is 50 mm/seconds (0.18 km/h), making them the single slowest, most expensive self-propelled vehicles ever made by man. 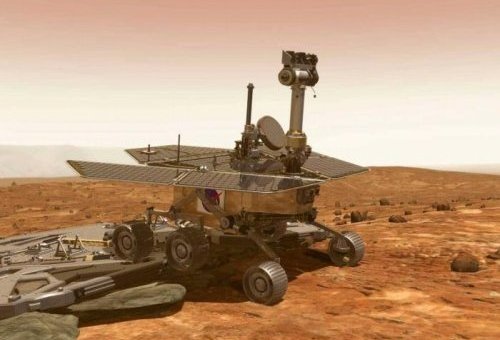 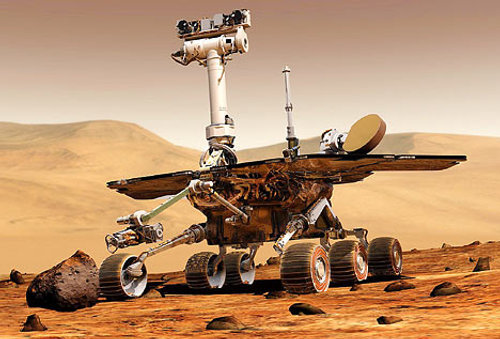 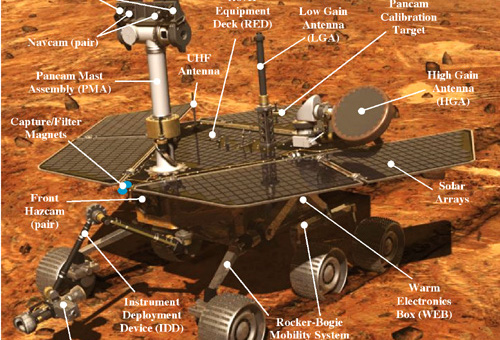 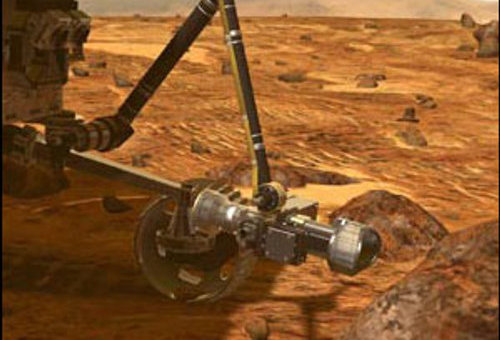 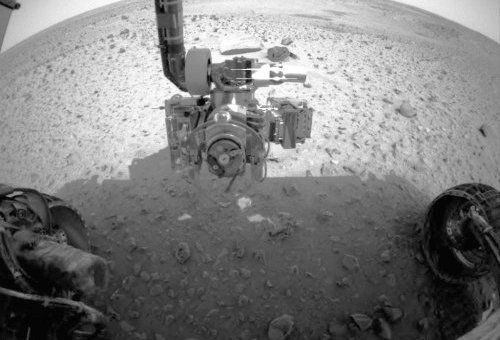 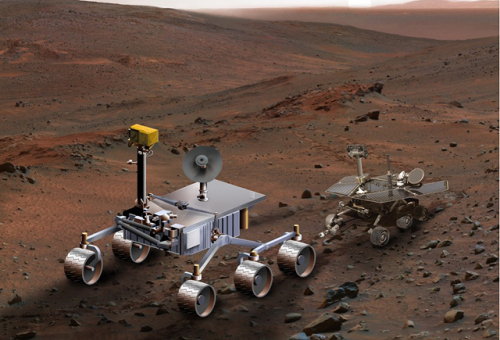 The Spirit and Opportunity draw their power from solar arrays, which generate 140 watts. Additionally, the rovers also have two rechargeable lithium ion batteries, to be used during the Martian night.

The six wheels of the rovers incorporate, as did the LRV, individual motors. The two front and two rear wheels each have individual steering motors, making the rover able to withstand a tilt of 45 degrees without overturning.

Due to the fact that the two are still involved in an ongoing mission, the full extent of their contribution to the space program is yet to be determined. The living proof that the two managed to survive, both, way longer than initially expected, has set new standards for the upcoming space vehicles. Until they will go offline, the two will keep on searching for rocks, determining the composition of minerals or the environmental patterns of the Red Planet.

The next goal for NASA is to get back to the Moon. With the deadline for the next lunar landing set for 2020, NASA is hard at work into developing the next generation moon rover. And the plan is not to limit the exploration effort at the 22.30 miles (35.89 km) traveled by the LRV back in the 1970s.

Now, NASA says it will "explore thousands of miles of the moon's surface with individual missions lasting six months or longer." To do this, they are developing the Lunar Electric Rover (LER).

The prototype of the new rover has the size of a pick-up truck, mounted on a 12 wheeler (six 2 wheel pairs) chassis. The frame of the rover was worked upon together with an off-road race truck team and was tested on rough lava terrain. Unlike the previous generation, the new rover will feature a cabin, able to house two astronauts for up to two weeks. 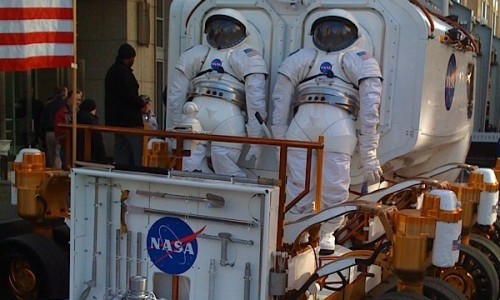 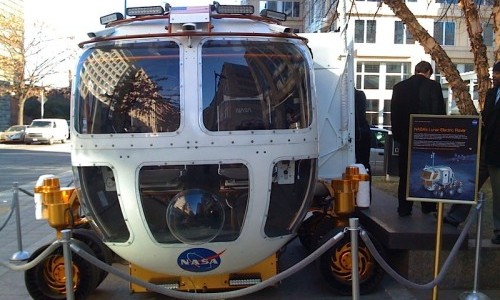 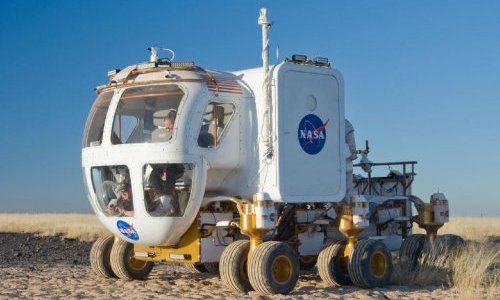 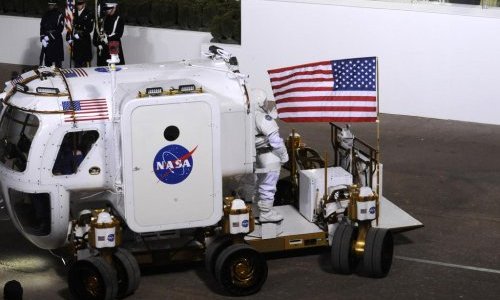 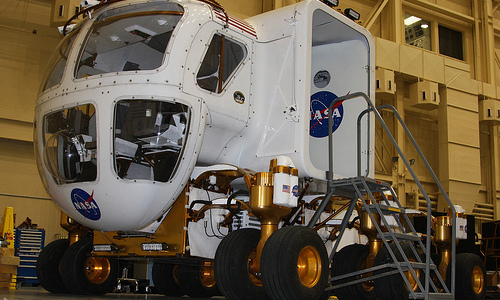 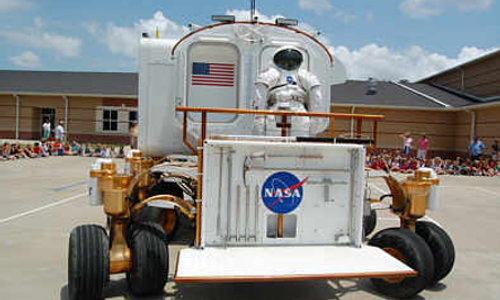 The new vehicle weighs 4,000 kg and measures 4.5m in length and 3 m in height. The rover has a top speed of 10 km/h and is able, thanks to the design of the wheels, to pivot 360 degrees. Despite its speed, NASA hopes to achieve a range of some 240 km.

You might have wondered, when seeing the title of this coverstory, why "Top 3"? Why not top 5, or ten? The answer is as simple as it is obvious. There's not enough space bound vehicles to make a top five... Even more, only the three rovers presented here have made or will make a difference, despite the large number of prototypes built, but which never got to leave Earth.

The LRV was in the '70s the first vehicle on wheels to carry a man on another planet. It also is, until now, the last to do so. The MER-A and MER-B have exceeded all expectations. They were intended to last 90 days, but they keep going after years. They were not designed to carry human beings, but they managed, on their own, to set new standards for future vehicles. And last, but not least, the LER represents the future, or at least the intermediary step between LRV and the vehicles imagined by the sci-fi world.

In the PDF attached below, you can find the 2009-2010 Mars Exploration Rover calendar.