4 Cupra Born Enters Production in Germany, Next to Its Volkswagen ID.3 Cousin

Too Bad It's Not an Exciting Car, or This Cupra Born Pic Would've Been a Great Wallpaper

Cupra has finally tapped into the electric segment with its first zero-emission product: the Born. But that’s last year’s news, as that is when it was unveiled, followed by the production start at the Zwickau factory in Germany, next to its cousin, the Volkswagen ID.3.
10 photos

So, why put the spotlight on the Cupra Born this time? For the simple fact that SEAT’s sub-brand took a copy to the frozen north recently, filming and posing it in the surreal landscape. The photo and video session was sprinkled with the occasional drift, and the northern lights, because it is these that have inspired its unique color, Aurora Blue.

“At Cupra, we’ve certainly turned nature into color,” said the company’s chief of Color & Trim, Francesca Sangalli. “We’ve achieved an amazing sound, with metallic tones, without being cold, and the calm, soft warmth of wood. And then there’s the copper, which generates a lot of light. It really is a very natural experience,” the official concluded.

It took Cupra quite some time to bring the Born to market, from previewing it with the El-Born Concept in 2020 to pulling the wraps off the production model last year. The Born is essentially a re-bodied version of the Volkswagen ID.3 and shares many components with its German cousin, including the basic body structure, and underpinnings. 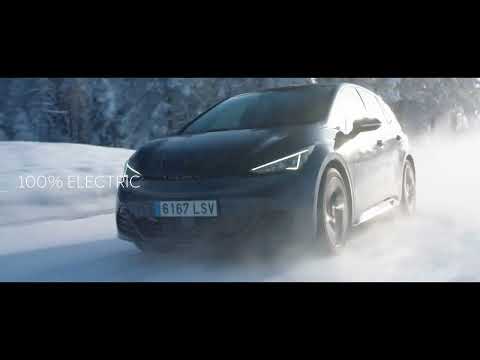