1 Maybach Owner Crowbars His Way into Stupid Top
Car video reviews:
Up Next 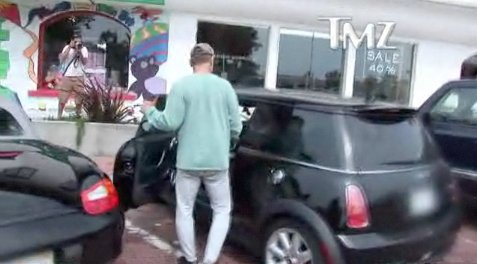 What happens when you are a celebrity (or a celebrity wannabe) and you get distracted by a reporter when getting in the car? Well, let’s take Tony Danza for instance. His reaction to such a  was to ding a Porsche Boxster with the door of his MINI Cooper when asked by a TMZ reporter about the baseball pants he was wearing.

So, he tries to get into his car, but first he dings the passenger side rear quarter-panel of the Porsche. Though he didn’t leave a note for Porsche’s owner, he did take a look to see if he caused any damage. However, even if you damage a car in a parking lot, the owner of that car has to file with his/her insurance to get it fixed.

If the name sounds familiar, but you still don’t know who we are talking about here (confused by the way he looks in baseball pants), try and remember a certain cab driver/part-time boxer, from the early ‘80s TV series, ‘Taxi’. Rings any bells? That is Tony Danza! Later, the actor played the role of the housekeeper and single father from ‘Who’s the Boss?’.

Now that you probably remember who is Tony Danza, let us tell you something that most people don't know about him. Four years ago, during a go-kart race with NASCAR star Rusty Wallace, Danza’s kart flipped after Wallace accidentally bumped him. Neither of them was wearing a helmet at that time. Moreover, a couple of months later, also during a go-kart race, Danza challenged Indy Car driver Danica Patrick, but he was defeated.