1 Project CARS 2 - Everything You Need To Know

Mihnea Radu
In 1983, this neat little arcade toy called Tomy Turnin' Turbo Dashboard was released. It had a Porsche-like nose at one and a mockup of car's dashboard on the other. On top of that, anything with 'turbo' in the name was really popular in the '80s.
4 photos

Nintendo is still making games today, but Sega isn't. So unless you're an avid collector of retro toys, you've probably never heard of them or this toy. But looking at this video, you might wonder why a cool toy like the Turnin' Turbo didn't develop a cult following.

After all, it comes with gears, ignition, a steering wheel, lights and some decent graphics that wouldn't look out of pace on your phone. That's because this is the toy equivalent of the RUF 911 - a restomod where they kept almost nothing from the original.

Those familiar with racing arcade games may have already realized that an engine swap of sorts also happened here. Tomy's existing inputs are being used to control a different game. That's right; it's the legendary Sega title Out Run.

A crafty tinkered by the name of Matt Brailsford, who likes to be called Circuitbeard, took on the challenge of converting the mini arcade. The most obvious change is that it now has a modern sheen. After trying several configurations, he settled on a 3.5-inch HDMI display.

“There was a lot of luck involved as well,” explains Matt in a MagPi Magazine interview. “Lucky that the slide potentiometer happened to sit at the perfect height, lucky that there was just enough room for some microswitches to fit down the side of the gear shifter, and lucky I could balance the shifter rubber bands to keep the shifter centered… Ultimately it was just taking my time and thinking things through, then trying things out.”

Luck also played a part with the game itself. The Raspberry Pi mini computer is not running some game emulator, but a clone of the original Out Run called Cannonball running C++. He also added a small motor, so the game now has both audio and haptic feedback. 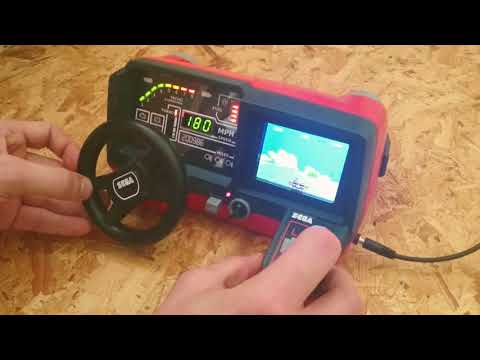 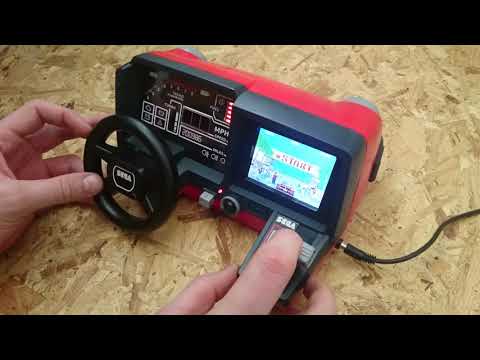