Tomizawa's Number 48 to Be Retired from Moto2 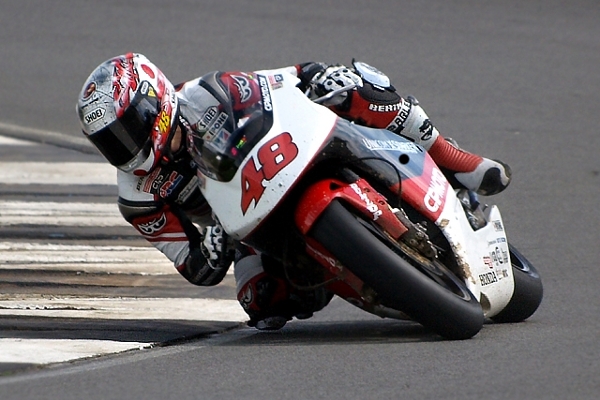 The tragic death of Shoya Tomizawa, who passed away at the Misano World Circuit on September 5 following a crash during the Moto2 race, has made MotoGP officials to decide upon a number of official tributes to honor the Japanese rider.

Moto2 riders have already unanimously voted for Shoya as the recipient of this season's Michel Métraux trophy, an award that recognizes the best rider in the category as selected by his competitors.

Tomizawa was the winner of the inaugural Moto2 race in Qatar in April of this year. Michel Metraux’s son Olivier will present the trophy to Shoya's family at the next Grand Prix in Japan.

It has also been decided that in recognition of Shoya's contribution to the sport his number 48 will be retired from the Moto2 World Championship, and his family will receive a memorial plaque with his number on it.

“The entire MotoGP World Championship has reconvened in the Paddock at Aragón in Spain this weekend for the first time since Shoya's untimely passing, and is united in its wishes to ensure that the popular rider's memory is honoured,” a statement from Dorna Communications reads.

“Many inside the Paddock have been making their own gestures with Shoya's Technomag-CIP team displaying a miniature version of his bike in the team garage and a large number of riders wearing the Japanese rider's number 48 on their leathers, helmets or bikes.”

On Sunday, following the MotoGP warm up session for the Gran Premio A-Style de Aragón and at a time yet to be confirmed, the MotoGP community will gather on the main start/finish straight of the circuit where a minute's silence will be held as a final farewell to Tomizawa.