4 Tom Cruise and Cameron Diaz Hop On a Ducati Hypermotard

5 Tom Cruise Meets Keith Urban at Daytona
Up Next 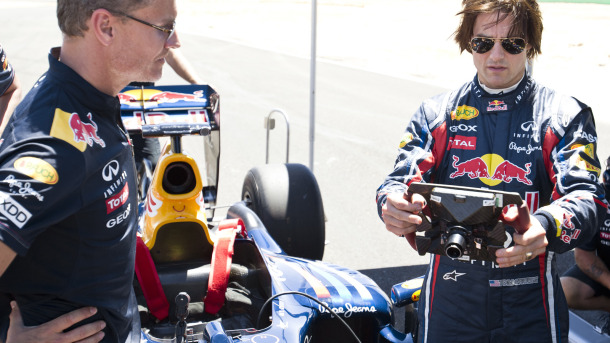 It looks like some are cut to do just about everything wright no matter the job. Tom Cruise who happens to be the producer and star of Mission Impossible Ghost Protocol which opens on December 21, indulged himself with a break from the post-production work to accept an invitation to test drive the Red Bull Racing Formula One car.

The event took place in Southern California with David Coulthard, the 13-time Grand Prix winner and former Red Bull Racing driver, who served as Cruise’s instructor for the day. The duo has been backed up by a 12-person crew, who flew in from Milton Keynes. Cruise is a well known petrol head and has driven various race cars over the years but never a Formula One car.

“Tom's the real deal. I was surprised that he picked it up so quickly and is such an accomplished driver. His recall was incredible considering how complicated driving an F1 car is. He's a guy who really pushes the envelope in real life. This day was not green screened. He thoroughly impressed me," David Coulthard. It is worth mentioning the fact that F1 returns to America after a four-year absence.