1 Radyca’s Cybertender Is the Ultimate Explorer Tender, Can Crawl Up Beaches

In early December 2020, Tom Brady, now officially a Floridian since his transfer with the Tampa Bay Buccaneers, treated himself to a brand new boat. Called Viva A Vida, it made headlines for a variety of reasons that had nothing to do with its merits.

The number one reason people cared that Tom Brady had bought himself a new yacht was the fact that, just days before, it had emerged he had received nearly $1 million in PPP loans, Paycheck Protection Programs for small businesses. Brady is a multi-billionaire, but he still received handouts for his lifestyle and wellness brand. And then he bought himself a boat.

Another reason for the increased media attention was his choice of a name for it. He called it Viva A Vida, which translates to “live the life.” The name is the same as that of wife Gisele Bundchen’s environmental organization, which recently promised to plant 200,000 trees in the Amazon rainforest. The irony of it all was not lost on people, since the boat burns 55 burns 34 gph of diesel at 25 knots. No amount of tree planting can offset that.

All controversy aside, the boat itself is a beauty. Though initial reports claimed it was a 40-footer (12 meters), it’s actually a 53-foot (16-meter) yacht from Wajer Yachts. The Dutch company makes all types of watercraft but specializes in a series of tenders as companions for larger vessels from other companies. The Wajer 55 S is one of them, and it’s a riff on the previous Wajer 55, with an improved design that allows for a more spacious layout. Or, as the company puts it, “S is for space” and “it’s amazing the difference a letter can make.”

The Wajer 55 S is a high-end day cruiser with overnight capacity, with the emphasis on it being on using premium materials and state-of-the-art technology to deliver an unrivaled combination of performance and ultra-luxury. As of the time of writing, there are just ten Wajers in total in the United States, and Brady’s 55 S is only the fourth.

Because it’s Brady we’re talking about, it’s full custom. Wajer offers basic layouts for all its tenders, with the possibility for the client to have the final say in terms of specs and features. Pricing for one such tender is usually in the several millions, and it understandably goes up with further customization.

The Wajer 55 S is designed by Sinot Exclusive Yacht Design and features a center console that allows for easy operation thanks to the built-in Volvo Penta Glass Cockpit System. Here, you find four forward-facing Stidd captain’s seats and two “elegant” Garmin touchscreens, and the hardtop with removable panels offers protection from the elements.

Space around the cabin and below deck is very generous, hence the “S” in the name. You have lounges both in front of the center console and aft of it, with shading from an awning on carbon poles or the aforementioned hardtop. The cabin below offers accommodation for four or five guests, and a full bathroom and kitchenette are available as well.

For an even smoother operation, push-button fenders deploy automatically to protect the boat at marinas. The potential for adventure is heightened by a rather surprising aft garage, which offers tender or Seabob storage, and a hydraulic swimming platform that serves for easy access to water.

If you’re still not impressed, then there’s the performance of this day cruiser: powered by three 435 hp Volvo Penta engines with joystick driving, the Wajer 55 S can reach top speeds of 40 knots. The range is 450 nautical miles, just perfect for a vessel of this size and specification.

With a watercraft as awesome as this, no wonder Brady is living the life, if you’ll pardon the pun. 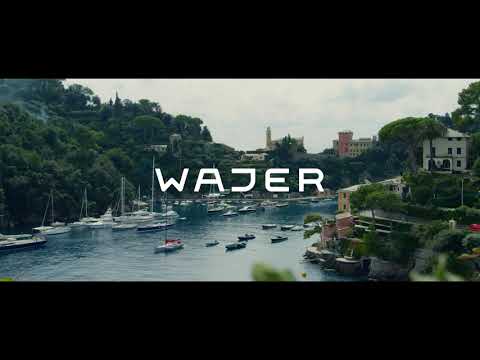