When you’re worth about $200 million on your own (i.e. without taking the wife’s finances into account), the novelty of owning a $2 million boat wears off quickly. So Tom Brady has upgraded to a $6 million yacht.
8 photos

In December last year, the football quarterback, having just finished installing himself and his family at their new Florida home, treated himself to a dinghy. “Dinghy” sounds way less impressive than what he bought: Brady got himself the brand new Wajer 55 S high-end day cruiser, which sells for upwards of $2 million. His was fully custom, so the final tally was higher.

Now, Brady and the fam are getting ready to take delivery of a new Wajer built, the just announced Wajer 77, which will reportedly sell for $6 million. Brady called in during the announcement, which took place on April 29, and oh so casually revealed that he’d be getting his own 77 by the end of the year. This probably means that his will be among the first, if not actually the very first delivery.

“The 55 is an amazing boat, it's been an amazing boat for our family,” Brady said during the live presentation. It’s included in the video below, with the star detailing his ownership starting at the 14-minute mark. “I think the 77 will be a little more suited for what we need it for down here, which is a few more day trips and weekend trips.”

Technical details of the Wajer 77 have not been revealed, but the yacht can sleep up to nine guests and additional crew, in several spacious cabins. Built by Sinot Yacht Architecture and Van Oossanen Naval Architects, it will be “the most silent in its class” and will be equally luxurious to its smaller siblings. With a 400-nautical-mile range, it will be perfect for summer holidays with the family, Brady says.

For comparison, the Wajer 55 S, a riff on the previous-gen Wajer 55 S, is powered by three 435 hp Volvo Penta engines and able to reach top speeds of 40 knots. The range is 450 nautical miles, and it has overnight accommodation, but it’s definitely not meant for extended getaways. 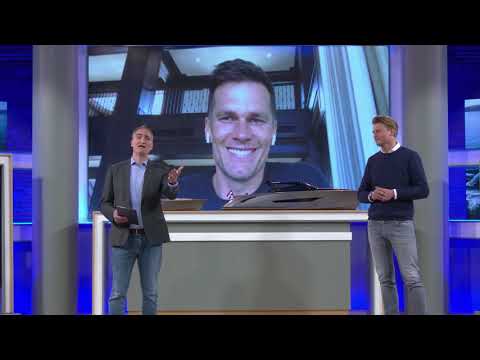 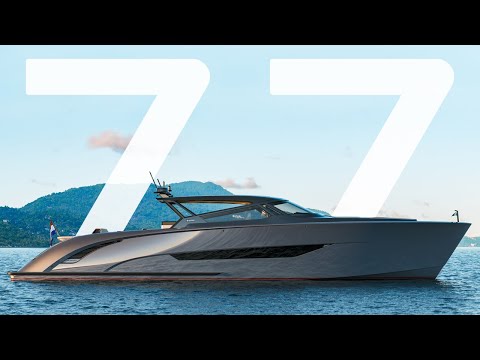