5 Car Escape Fail
Up Next 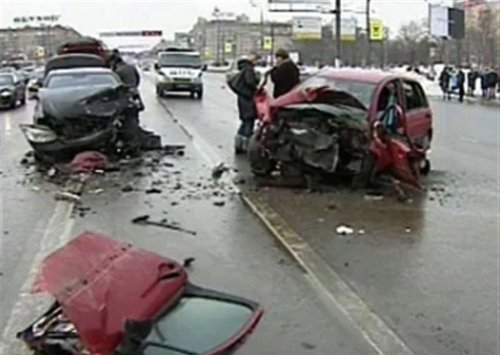 In what will surely be a premiere for the Russian judicial system, a 2-year old will file a lawsuit against the vice president of one of Russia's largest oil companies, Lukoil. The lawsuit is related to the car crash in which the vice president, Anatoly Barkov, was involved February.

At the time, Barkov's car collided with another vehicle occupied by two doctors, Vera Sidelnikova and Olga Alexandrina. Alexandrina was the mother of the 2-year old who is now expected to file a lawsuit.

According to the findings of those investigating the car crash, Barkov pulled into oncoming traffic, as he tried to avoid sitting in line. His Mercedes struck head on the Citroen of the two women. The force of the impact was big enough to kill both.

The lawsuit will be handled by the family's lawyers on behalf of the two year old who found herself in this unlikely situation after her father passed away two weeks ago as well. It is yet unclear whether the lawyers will seek criminal action against Barkov or just asking for damages.

Barkov is currently haunted by the February crash. In June, he asked for police protection after claiming he received threats related to the accident. In the eyes of the Russian public, Barkov is as guilty as they get, his crash causing quite a swift response from the population.

Russians asked at the time that flashing blue lights which allow VIP cars to chose what traffic rules are obeyed be restricted. The protests went even further, with drivers attaching blue buckets to their cars to mimic and mock official cars.