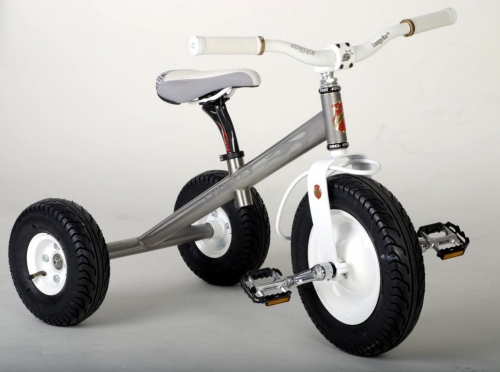 Kids are quite rude when it comes to toys so in case you really want to buy your son one that would be able to face his “abuses”, titanium-made products would be a smart choice. Today's tricycle was especially designed to “hold the kid” and thanks to its titanium frame, it becomes virtually indestructible.

More importantly, the titanium body makes it rust resistant so you're no longer asked to run in the rain to protect your child's bicycle. Besides the titanium-made frame, the tricycle also features a carbon seat plus a white leather saddle and while wheel rims.

Although the tricycle design makes it look really good, there's still one major glitch: the pedals are basically the same as the ones installed on traditional bikes which may disappoint people interested in buying such a thing. The tricycle is designed by Dutch manufacturer loopfietsjeswinkel.nl who, even if there's no word on it, is likely to produce the “tryke” in limited edition. 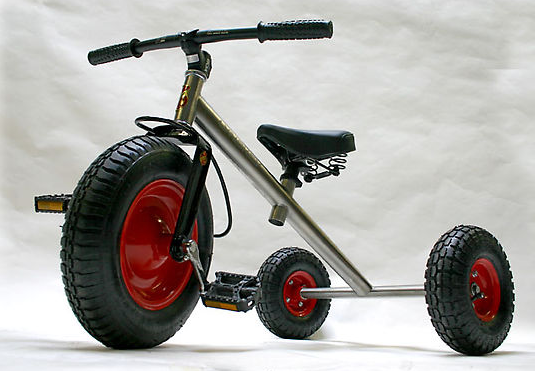 Unfortunately, these exclusive features also brought about a pretty high price that may sound unacceptable for some parents: $2,500! While there are some cheaper alternatives out there, a titanium-made tricycle doesn't go lower than a few hundreds bucks.

Take this tricycle for instance (see image to the left). It comes with a titanium double butted frame plus red rims and black saddle. The “standard finish is natural brushed titanium with etched graphics,” as the online seller states on the official website. And the price is a bit lower than for the above tricycle: this one “only” costs one thousand dollars so you may still consider hiring bodyguards for it.