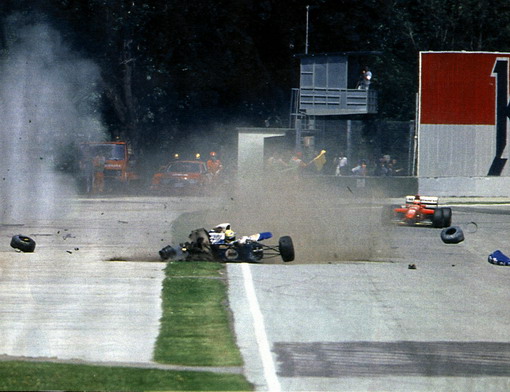 Throughout the years, Adrian Newey emerged as one of the most talented car designers that ever set foot in Formula 1, drawing title-winning machines for teams like Williams, McLaren and now Red Bull Racing. However, few people know that the 52-year old design guru almost quit the sport in the mid-90s, following Ayrton Senna's tragic death at Imola.

The 3-time world champion lost his life in the 1994 San Marino Grand Prix, at Imola, after losing control of his car in the Tamburello corner. Having designed Williams' FW16 that season, Newey now recalls thoughts of retirement went though his head in the aftermath of the tragic incident.

“The little hair I had all fell out in the aftermath,” he told the Guardian newspaper. “Both Patrick Head [Williams's technical director] and myself separately asked ourselves whether we wanted to continue in racing. Did we want to be involved in a sport where people can die in something we've created? “

“Secondly, was the accident caused by something that broke through poor or negligent design? And then the court case started. I remember the day after the race was a bank holiday Monday and some of us came in to try and trawl though the data and work out what happened. They were dark weeks.”

“The honest truth is that no one will ever know exactly what happened. There's no doubt the steering column failed and the big question was whether it failed in the accident or did it cause the accident? It had fatigue cracks and would have failed at some point.”

“There is no question that its design was very poor. However, all the evidence suggests the car did not go off the track as a result of steering column failure.”

According to Newey, one explanation would stand above all in finding the cause of Senna's accident, as he believes it had to be a tire puncture that caused his car to lose contact with the track and crash into the tire wall.

“If I was pushed into picking out a single most likely cause, that would be it,” he said.