4 Jost Capito Returns to VW as Boss of R GmbH

5 2018 Volkswagen Tiguan R Spied for the First Time at the Nurburgring
Car video reviews:
Up Next

Why Volkswagen, why'd you have to chicken out? You put all that work into the Tiguan R with the RS3 engine and now you're doing a simple 2.0 TSI instead? There's no point in living anymore.
2 photos

We've tracked down a post we made in 2016 when the Tiguan R was first filmed on track with a 2.5 TFSI. Unfortunately, the video that went with it was taken down. Perhaps Volkswagen doesn't want you to know they could have made this car three years ago but didn't.

We think this is a missed opportunity. Obviously, the development of a smaller powertrain has something to do with the emissions regulations hitting Europe. It's like the automotive equivalent of Thanos' snap, where some of the coolest big-engined projects are disappearing.

But Volkswagen could have made it regardless of the fines. Last year, they sold 250,000 normal Tiguans in Europe. The profitability has got to be at least 5%, so that's about a half-billion euros, enough to cover a few thousand units that are subject to fines. There is NEVER going to be another opportunity like this, with France and probably Germany looking to reduce CO2 levels to zero next decade.

So how much power is the Tiguan R now going to have? It all depends on when it comes out and with what technology. The current 2.0 TSI is limited to 300 HP and 400 Nm on models like the T-Roc R and Cupra Ateca. Rumors talk about 330 HP for the next Golf R, but that's still two years away.

Taking power out of the equation, the Tiguan R is just going to be an equipment special, having a look or features that you can't get on the normal model. It's the same case as with the Skoda Kodiaq RS, and in the long run, doing stuff like this will only hurt a performance brand. 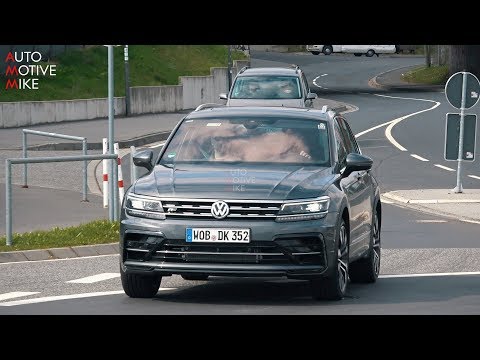