Home > News > Videogames
Cosmin Vasile
The ultimate naval MMO game, World of Warships: Legends, is getting ready for an important update later this month. Developer Wargaming has just revealed some of the highlights of the July update coming to the console version of World of Warships soon.
6 photos

Headlining the upcoming update is Tier VIII, the new highest tier of ships before Legendary ships, which will be joining World of Warships: Legends in July. With this new tier come no less than 14 ships, 12 of which are available in the tech tree. Below are all the ships to be added to the game and their respective predecessors:

USA
Japan
Germany
USSR
Since not many players will be able to jump aboard a Tier VIII ships when they will be released later this month, matchmaking will temporarily allow Tier VII, VIII, and Legendary ships to be matched in the same battle. Of course, this change will be reverted once the new Tier VIII ships become more popular among players.

Additionally, Wargaming will implement important economy changes once Tier VIII ships are added to the game:


The 14 Tier VIII ships included in the upcoming update are just the first to make it to the game, but more are expected to be added throughout the year. Also, these ships will become available through wider channels of distribution, including through tech tree, as a reward for campaigns, in auctions, and via Bureau and in-game store. 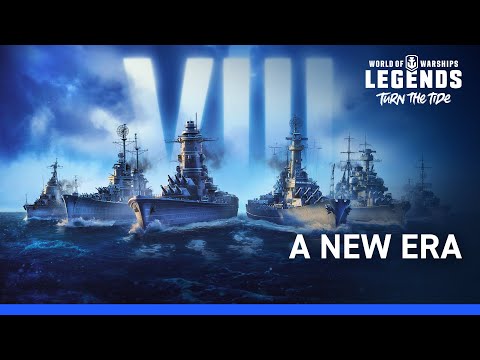