The degree of comfort and ultimately functionality of a motorhome can only ever be sidelined if there’s something else about it that catches the eye. With the Thunderbird 2, that would be its striking design, which, in turns, brings heaps of ‘60s nostalgia with it.

Thunderbird 2 Is How You Turn a ‘94 Toyota Previa in a One-Off, Awesome Campervan

In the world of crazy or unexpected campers, Thunderbird 2 occupies a very special place. It might not be the most reliable or comfortable campervan, but it is definitely the biggest attention-grabber.

It is a one-off custom vehicle like no other, a very exact replica of the cargo aircraft featured in the ‘60s animated television series The Thunderbirds. As of May 2020, it is available for hire in London, UK, with a local limo service, so if you’re ever in the area, we’re including it in our coverage of modified vehicles, under the Tuning Month theme.

To be clear, Thunderbird 2 is perhaps a campervan you will not want to take on the road with you, unless the outing implies a maximum of a night’s sleep somewhere not too far off the beaten track. It is not a proper camper but it has the aspirations of one, with a makeshift bed in the rear that doubles as the centerpiece in a thematic entertainment lounge. “Lounge” is, again, an overstatement, but we’ll get into that later on.

First things first, The Thunderbirds was a sci-fi animated TV series that originally aired in the UK between 1964 and 1966, featuring electronic marionette puppets. Despite the limited number of episodes (just 32 in total) and the relatively short run, The Thunderbirds achieved cult status in later years, with several spinoffs and feature films being released well into the ‘90s.

The Thunderbirds were the International Rescue league, a life-saving organization that used all types of technologically-advanced gear to… well, save lives. It was headed by former Astronaut Jeff Tracy and his five sons, all of them based on Tracy Island, a secret base in the South Pacific Ocean. Thunderbird 2 was the cargo aircraft used to haul heavy cargo, gear and equipment, and on rescue missions. Powered by an atomic fusion reactor, it could travel at top speeds of 6,000 mph (9,656 kph) and cruise at 2,000 mph (3,219 kph), and would have “pods” for transporting all the stuff that needed moving.

This one, the replica, is not exactly as fast. But at least it exists.

No one seems to say who built it, but we do know this: it was listed at auction by Mark Harrison of Total Headturners in the spring of 2019. Total Head Turners is a UK-based garage of classic and supercar replicas, but Mark bought the Thunderbird 2 out of nostalgia, directly from the builder. He once said he’d actually used it in his personal life on several occasions, getting a huge kick out of the reactions he’d prompt in passers-by when he drove it.

So what exactly is Thunderbird 2? It’s a 1994 Toyota Previa van that’s been given a new, army-green body and a matching interior, and bears a very close resemblance to the supersonic aircraft shown in the TV series. Unlike that one, though, it makes a mere 133 bhp, because, deep down inside, it is still a Toyota Previa. That means that power comes from a 2,438cc engine paired with an automatic transmission, which is perfect for cruising at 70 mph (113 kph) down the motorway, but not exactly supersonic flight.

Inside, you get seating for two in army-green leather seats with “2” on them, and a bed section. Instead of a windshield, you get eight small windows, two of which have wipers on them so as to keep the whole thing road legal. Two porthole windows on each side are in keeping with the Thunderbird styling but have little practicality in real life, other than allowing for maximum privacy inside. Because there is no rear window, the driver gets a rearview camera.

Access in the back is done by means of a pair of gullwing doors. The bed area comes with a roof-mounted screen and DVD system for watching reruns of favorite Thunderbirds episodes or movies, and an upgraded sound system. As noted above, it might not be the most comfortable for actual sleep, let alone for several days’ worth of it, but it will do the job for some light binge-watching.

Perhaps the most spectacular part about Thunderbird 2, aside from the fact that it exists, is that it is 100% road-legal in the UK. When it was listed in 2019, it had recently passed MOT, and had some 250,000 km (155,342 miles) on the odo – many of which were put there as the car traveled the country to show off at auto events or Comic Con.

Thunderbird 2 was listed at £34,995 ($46,663 at the current exchange rate), but it doesn’t look like it found a buyer right away. In May 2020, it was bought by L.A. Stretch Limos, which is now offering it in London for whatever event you have in mind. That probably includes sleeping in it, too. 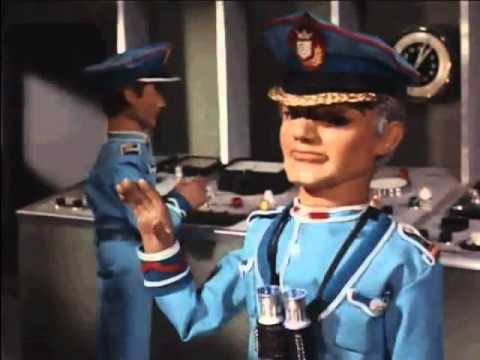 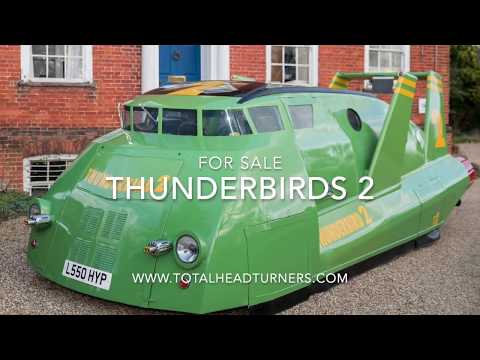