This Weekend Will Host Formula 1's Most Nerve-Racking Race, and You Must Watch It

If you have been following Formula 1, you already know that the title fight has reached the final race, and it will be a battle between Lewis Hamilton and Max Verstappen. The former has seven world champion titles to his name, while the latter is the son of former F1 driver Jos Verstappen and has yet to win a Formula 1 World Champion title.

There is a huge experience difference between Lewis and Max, as the former has 287 starts, 103 wins, and 181 podium finishes, while the latter has 140 starts, 19 wins, and 59 podium finishes. Max is the youngest person ever to compete in Formula 1, though, and he is 12 years younger than Lewis Hamilton.

The age difference between the two is so significant that Lewis Hamilton was already racing karts for four years when Max was born, and the British driver had previous experience in radio-controlled racing cars since he was just five.

In the same year that Max was born, the Ladbrokes agency took a bet that Hamilton would win a Formula One race before the age of 23, which was a 40/1 odd at the time.

The agency also took a bet that Lewis Hamilton would win the World Drivers' Championship before turning 25, which was at 150/1 odds. Both bets were won by the people who placed them.

Now, in 2021, Hamilton has set a few records for himself and has broken some of Michael Schumacher's records. Max Verstappen, on the other hand, is the youngest ever driver to have won a Formula One Grand Prix, as well as the first Dutch driver to achieve such a performance.

The previous two seasons, 2019 and 2020, were concluded with Max Verstappen in third place. Last year, out of 17 races, Max got two wins, one pole position, three fastest laps, and 11 podium finishes.

According to the current rules, with Max's nine wins, he can win the Formula 1 Drivers' Championship title if he manages to score more points than Lewis Hamilton or if both drivers fail to score any points in the last race of the season.

With all that in mind, the immense experience advantage sits in Lewis Hamilton's hands. The British driver has what is viewed as the fastest vehicle on the grid, and he has an excellent start/win ratio for his entire Formula 1 career.

His team, Mercedes-AMG Petronas F1, is leading the Formula 1 Constructors’ Championship with 597.5 points and nine wins, while Max's team, Red Bull Racing, has 10 wins but only 559.5 points.

It all hangs in the balance of this weekend's race, and it is going to be tight. On the one hand, Max Verstappen is in the best possible position of his career and surely wants to prove himself.

Nobody can say he will manage to have the same pace next season or if his vehicle is as quick as it was in this season, but the latter two are as close as possible to a "sure thing" for Sir Lewis Hamilton.

If you ask us, this race has a heavier burden on Verstappen's shoulders than it does on Hamilton, even though expectations are immensely high for the British driver.

Unless something changes dramatically within Mercedes-AMG Petronas F1, they are expected to continue to have the best-performing vehicle on the grid next year, and Lewis Hamilton has already signed a two-year contract this summer, which means that we will see him race for the same team next year.

When contracts are concerned, Max Verstappen is also set to remain with Red Bull Racing until the end of next season after he has signed a contract extension. With that out of the way, this last race will certainly be nerve-wracking for both teams and their drivers.

If Lewis Hamilton does not finish the race in a higher position than Max Verstappen, the title will go to the Belgian-born Dutch driver. Meanwhile, Max Verstappen will have to get the best possible race result without any incidents of any kind.

The second-to-last race of the season brought a penalty for Verstappen, and if he gets another one and Lewis finishes ahead of him as a result, he will not win this year's title.

If you take all the above into account, each team will do its best to win, and that might lead to unusual strategies at play. What I hope is that both drivers will get a fair shot of racing to the best of their abilities and that the title will be decided on the track, like it used to be, and not after several complaints, inspections, penalties, and other complications from this spectrum.

Is it too much to ask? I hope it is not, and if this does happen, Formula 1 will have more people watching the 2022 season than ever before, as this season has managed to bring the level of action that many were expecting. 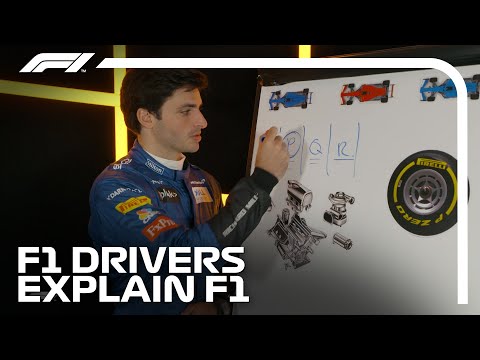 30-Year-Old Italian Yacht Gets an LSX-Swap, Will Push 1,500 HP From Twin Race EnginesSee all coverstories