1 2022 Toyota Tacoma Will Be Made Exclusively in Mexico

4 New Toyota Subcompact SUV Confirmed for Europe, Will Be Made in France

The 86 is showing its age, having been presented in series-production form at the 2011 Tokyo Motor Show. There’s even talk the next-gen model will be called GR 86 instead of GT 86, but until then, let’s talk about this Nissan Leaf-powered conversion from Philip Schuster.
10 photos

Based in Ulm, the German enthusiast started out by swapping the 2.0-liter boxer engine with an electric motor capable of cranking out 140 kW. That’s 190 metric horsepower or 188 mechanical horsepower, complemented by 400 Nm or 295 pound-feet of torque. The battery may feature a capacity of only 24 kWh, but the packaging is more interesting than expected.

Philip has modified the spare wheel area under the trunk for 24 modules out of a total of 48. The remaining 24 modules are spread between three custom-made boxes in the fuel tank (12), under the e-motor (6), and next to the electric motor (6). “If I like the result of the project, I will invest in a 30-kWh battery out of a newer Leaf,” said Schuster on his YouTube channel.

The battery management system is an Orion BMS 2, the inverter comes from a Leaf and features a main board by Johannes Huebner, and the ECU has been replaced by an Arduino-based microcontroller. As for charging, the port hidden by the fuel filler door is capable of charging at a rate of 3 kW.

Every electric vehicle needs a DC-to-DC converter, and this project doesn't stray away from this rule of thumb. For his electrified sports car, Philip sourced one from an early Tesla Model S luxury sedan.

Last, but certainly not least, the car actually moves under its own power! Schuster came with the idea of converting the coupe with a boxer powerplant into an electric vehicle after “a severe engine failure,” and most of the Leaf components that went into the build were salvaged from crashed cars. 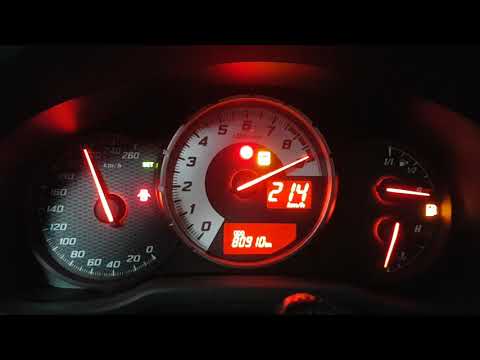