This Texas Pro Mod Video Is All About Power, Lightning-Fast Launches

Ciprian Florea
We hope the COPO Camaro video we’ve shown you today has opened your appetite for drag racing, because there’s something really cool coming from from the guys over at Hennessey Performance.
1 photo
We’re not talking about a new beefed-up 2014 Corvette Stingray or a 10-second Jeep Grand Cherokee, but a compilation of awesome drag race launches made with footage from the King of Texas Shootout event held earlier this month.

The racing day brought together both the Texas Automatic Outlaws and the Texas Outlaw Pro Mod Association, which ultimately meant a lot of action coming from noisy V8s and screeching tires fitted onto classic and modern quarter mile racers.

The video also contains a few slow motion scenes that reminds us of the video we posted a couple of days go. Scroll below to hit the play button and don’t forget to crank up the volume. 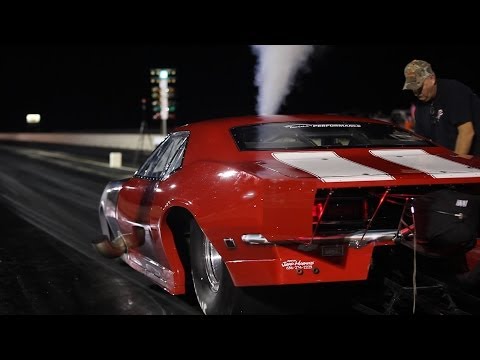