2 BMW Built an All-Electric Truck, But You Can't Drive It

For electric cars to have a future, young minds must be nurtured into this domain, and lucky for us and the environment, there are universities out there concerned with this aspect.
4 photos

That being said, meet Stella Lux, a solar electric car built to resemble a conventional family car. Almost. In any case, looks are not important here since the car can produce more energy than it uses while offering a maximum range of 1,000 km (621 miles) "on a sunny day in the Netherlands".

According to Electrica Autosport, it also provides enough space for four people to travel in good levels of comfort and uses a unique navigation system, but let's come back to the 'more energy than it can consume' part.

Stella Lux is an energy-positive vehicle since it generates more power than needed for traveling on the asphalt. Therefore, the extra juice could be returned to the power grid, helping with the electricity supply in residential areas, for example, while still being able to reach a top speed of 125 km/h (77.6 mph).

As an ultimate test, Stella Lux will compete in the Cruiser Class of the Bridgestone World Solar Challenge in Australia on 18 October 2015, where it will cover around 3,000 km (1,864 miles) between Darwin and Adelaide.

If you're interested to find out more about who built Stella, here's what you need to know. The solar EV is the creation of The Solar Team Eindhoven student team from Eindhoven University of Technology.

Their first prototype saw daylight in 2013, but now they've come up with an improved version, the one we've been telling you about in this article. 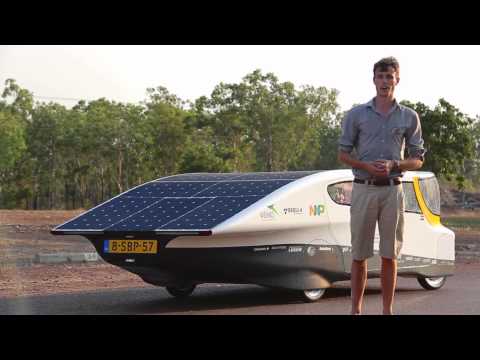