5 NASA’s Next Moon Rover Is the Size of a Suitcase
Car video reviews:
Coverstory

NASA is gearing up to put astronauts back on the Moon by the end of the decade. However, the harsh lunar environment must be thoroughly explored before humans arrive on the natural satellite. To that end, several companies and institutions are developing new technologies to pave the way for humanity’s return.
7 photos

A team of students from the Delft University of Technology in the Netherlands is developing a rover that will navigate on the lunar surface and collect data on the radiation levels. What makes it unique is that this machine is no bigger than a sheet of paper. Moreover, instead of wheels, it has six C-shaped legs designed to help it navigate across the regolith.

With this small robot, called the Lunar Zebro, the team would be able to undertake tasks that would be far too risky for larger rovers. Thanks to its C-shaped legs, the Lunar Zebro will be able to climb over obstacles and explore areas where its wheeled counterparts dare not go.

Its size will allow it to hitch a ride with a Moon lander as well. However, its mission will begin once it touches the lunar surface. The first thing on the team’s agenda is to see if the rover can survive a lunar day (14 Earth days) and communicate with the ground stations on Earth.

During this time, it will use its unique legs to navigate across the rugged terrain, and it will also take a picture of both the lander and Earth. The rover will enter hibernation mode at the end of the day and prepare for the lunar night, which will bring temperatures of -233°C (-387.4°F).

The mission, which is expected to take place in the next few years, is meant to demonstrate its capabilities. If everything works accordingly, the team will use multiple Lunar Zebro robots to accomplish different tasks. The students plan to launch numerous rovers to swarm on the Moon. This will speed up the missions, at the same time allowing them to explore bigger areas. The project shows what cutting-edge technology might be expected from the space sector in the next years.

Since 2018, the team has been testing the Lunar Zebro in conditions that simulate the harsh lunar environment. In 2020, the rover was sent to Hawaii, where it used its C-shaped legs to navigate across difficult terrain. Now, the team plans to use it inside a lava tube in Iceland to see how it performs. 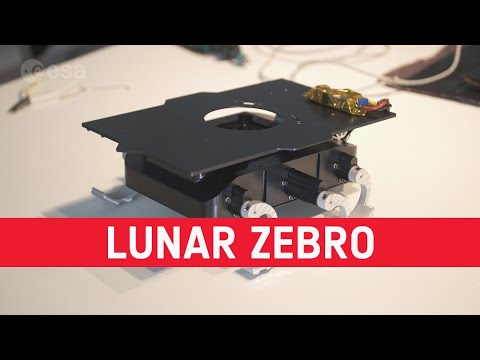