This SLS AMG With Akrapovic Exhaust Sounds Like a Messerschmidt

Alex Oagana
One of the most feared fighter planes in World War II, the Messerschmidt Bf 109, was powered by a Daimler engine which sounded like the end of the world.
1 photo
Incidentally, the following Mercedes-Benz SLS AMG doing rounds on the Nurburgring Nordschleife is also sounding like the end of the world and is also made in the South of Germany.

Its now legendary M159 engine is soon to be replaced by more modern twin-turbocharged V8, but we have a feeling that the new one won't go down in supercar history as the naturally-aspirated, 6.2-liter monster you can hear bellow.

Fitted with an Akrapovic exhaust system which unleashes the exact amount of decibels that can make your skin crawl without being illegal, we can positively say that this SLS AMG is among our favorite sounding supercar on the planet right now. 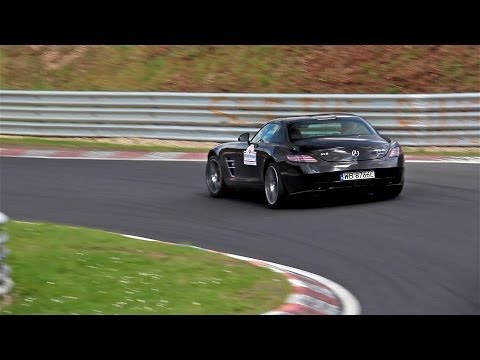