3 1968 Mustang Bullitt Story: From Movie Prop to the Most Expensive Mustang Ever Sold

If the "Fast & Furious" Nissan Skyline GT-R or the DMC DeLorean time machine from "Back to the Future" are some of the most famous movie cars ever built, this Corvette C3-looking Volkswagen Beetle is undoubtedly the craziest.

I grew up in the 1990s in post-communist Romania and unlike my parents, I was lucky enough to enjoy cable television. I spent most of my TV time watching Cartoon Network and my favorite series was Wacky Races, a show that originally aired in the late 1960s. It revolved around several themed cars driven by distinctive characters who continuously sabotaged each other in an attempt to cross the finish line first.

As I grew up, I discovered a movie that seemed to be the grown-up version of Wacky Races. Released in 1975, Death Race 2000 is a science fiction-action film directed by Paul Bartel, that stars the late David Carradine, as well as Sylvester Stallone.

It takes place in a dystopian American society ruled by a totalitarian regime under martial law. To pacify the population, the government organized the Transcontinental Road Race, a lawless event where a group of drivers raced across the country in heavily modified cars, earning bonus points for mowing down pedestrians, competitors, or whoever was unlucky enough to cross their path. Thanks to YouTube user Roger Corman, you can watch the official trailer below.

Although the plot sounds awful, the scenes aren’t as violent as you would expect, and the crazy cars it features are a delight for Wacky Races fans. The main protagonist portrayed by Carradine is Frankenstein, the mysterious reigning champion who drives an alligator-themed Corvette with a supercharged engine sticking out the trunk.

The crazy vehicle was designed by James Powers and constructed by Dean Jeffries, a man who was responsible for many unusual Hollywood rides, such as the moon buggy from the 1971 Diamonds Are Forever, the seventh iteration of the James Bond series.

To follow the movie’s plot, Jefferies utilized an unusual mix of components from various cars. With the help of custom car legends Bruce Meyers and Dick Dean, he modified a 1960s Volkswagen Beetle chassis to dune buggy spec.

Next came the bodywork which was inspired by one of Dick Dean’s most notorious creations, the Shala-Vette. Produced in limited numbers in the late-1960s, the kit car was also a Bug-based two-seater with a fiberglass body that resembled the C3 Corvette.

To make the movie car stand out from typical Shala-Vettes, it was given a reptilian appearance. Finished in a scale-like custom paint job, the outrageous ride was equipped with a series of props like a spiked spine that ran across the entire body, a set of intimidating teeth instead of a front bumper, "bloody" headlights, and a huge supercharged V8 that stuck out of the trunk.

Even though the blower’s butterflies opened when the throttle was engaged, that engine was only a prop. Power came from flat-six taken from a Chevy Corvair, neatly tucked away under the fake unit. No, it wasn’t the turbocharged version, but the air-cooled, dual carburated mill that could produce around 110 hp. This might not seem like much, but it was more than enough to power the lightweight vehicle.

Connected to a three-speed manual, the six-cylinder exhaled through a custom exhaust system that was connected to the headers of the prop engine, another feature that made the latter look real.

While the exterior might not be everyone’s cup of tea, the minimalist interior is actually nice. Upholstered in dark green, diamond-patterned leather complemented by matching carpeting, it featured a typical buggy fiberglass dashboard adorned with only a speedometer and a tach. The custom two-spoke steering wheel was also wrapped in dark green leather and it was connected to a Chevy steering column.

According to those who got to drive it, it handled like any other dune buggy of the era, yet the spiked spine that runs across the custom windshield obscures vision, making it a nightmare through traffic.

The reptilian Shala-Vette survived in pristine condition and eventually made its way into Mid America Motorworks' My Garage Museum in 2003. Twelve years later, it was purchased by a private collector through an auction organized by Mecum. Although the seller was hoping to get around $20,000 for it, the famous movie car was sold for only $12,000. From my point of view, that is a huge bargain for a vehicle you can take to Corvette, VW Beetle, and dune buggy meets.

Just like the original Death Race 2000 flick, this vehicle is hideously weird and arguably boring, but for some reason that I can’t quite explain, it’s also incredibly cool. It’s a custom build like no other and, 46 years after it made its big-screen debut, it remains one of the wackiest movie cars ever created. 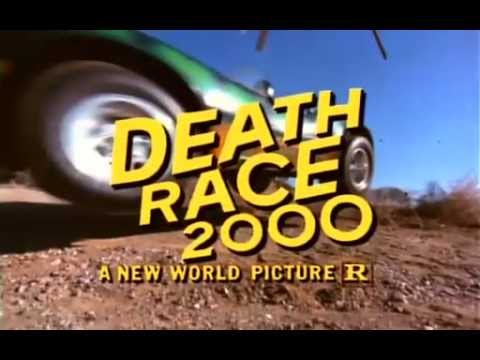