Car phone holders, chargers, and cables have become must-haves these days, especially as we spend more and more time behind the wheel. At least that’s what happened before the global health issue showed up, and hopefully, what will happen again when all of this is over.
6 photos

And while a typical car charger can be found on eBay and AliExpress for just a couple of dollars, there are lots of innovative products out there providing us with extra functionality.

One of them is XCAN, a smart gadget which not only charges our smartphones but can also launch the navigation app we typically use while driving when it detects the phone.

So, in theory, you just need to get in the car, place your phone in the holder, start the engine, and Google Maps should already be there running on the screen.

XCAN comes with auto-holding clips that automatically open when it detects your phone and then release the device when you turn off the engine. It does this with an integrated sensor and doesn’t activate when the phone is connected unless you manually request it.

It features fast wireless charging and works with both iPhones and Android devices. But the star of the show is how it launches navigation apps without any input from the user.

To do this, XCAN requires a dedicated app to be installed on the smartphone, and this one allows you to select the navigation app you typically use behind the wheel and thus have it automatically launch when connecting the mobile phone.

At this point, the mobile companion app is only available on Android, but the parent company says it’s working with Apple to bring it to the App Store for the iPhone as well.

The device was originally posted on Kickstarter for crowdfunding support, and the project received over $100,000 from 654 backers. Shipping is projected to start this month, with Kickstarter supporters getting XCAN for $64 as part of a special promo. 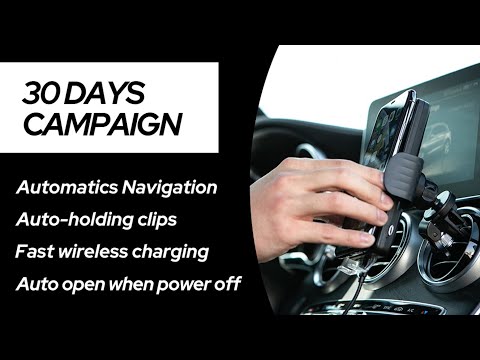