2 The Eagle Squadron Mustang GT: Not Just a 700-HP Beast, But a Tribute to WWII Heroes

3 Spitfire, the Hailed Hero From the Battle of Britain That Ruled European Skies

5 This Spitfire Life-Size Replica Is a DIY, Back Garden Project That Stands Out
Car video reviews:
Coverstory

Mat Watson has managed to review the kind of machine that any kid who grows up to be an automotive journalist dreamed about. While each person has their dream vehicle, Mat got to experience a 1943 Spitfire. As you may have figured out, it is not a car, but an airplane.
6 photos

This example was flown for over 3,000 hours, and it was initially assigned to a Canadian pilot. According to historic records, it has had a few kills in its day, and it was later converted to a two-seat configuration. Due to the latter, the folks at Carwow got invited to film one for a review.

While this may not be the most useful review you may watch today, it is entertaining. For example, we get to learn how fast a Spitfire can do a 0-60 acceleration, as well as a quarter-mile. That is the sort of specification that you never find anywhere, mostly because it is not relevant since it can take off, but that is just one slice of this pie. One could only imagine how many quirks and features Doug DeMuro would find on the Spitfire.

Those of you who have watched documentaries on TV regarding the Spitfire will be happy to watch this review in 4K, which is something that you probably did not enjoy back when you first laid eyes on the British fighter aircraft.

The Supermarine Spitfire comes with a Rolls-Royce Merlin engine that produced 1,030 horsepower back in the day, but later models got upgraded to a Rolls-Royce Griffon unit that provided up to 2,340 horsepower.

The reviewed example features a Merlin engine that was built by Packard, the same company that supplied engines for the P-51 Mustang. The latter also had a variant of this engine, so its sound may be familiar if you ever had the chance to hear one of those.

Having had the opportunity to fly in a four-seat Cessna, I must say that seeing the sky from the cockpit is an entirely distinct experience than just being a passenger in a regular airplane. The difference is significant, I might add.

With that in mind, Mat's review of the Spitfire is even more exciting to watch. Fortunately, it is enjoyable even without ever having the opportunity of flying in an airplane, but your mind gets to link the dots and let the imagination do its thing. 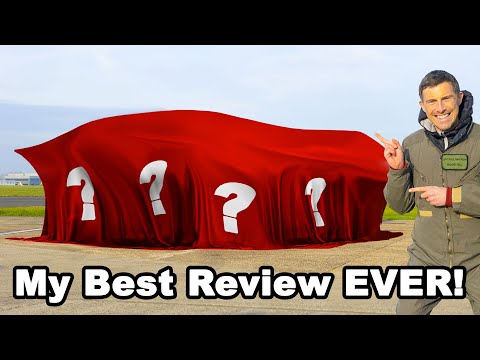