This Japanese Carrier Does Decarbonization Differently, Will Be the First of Its Kind

Otilia Drăgan
One of the main paths that are supposed to lead to a green future is replacing conventional fuels and propulsion systems with cleaner ones, and we’ve talked about several of those meant to revolutionize maritime transportation. But another important trend is called CCUS (Carbon Capture, Utilization, and Storage), and an innovative Japanese carrier is gearing up to take this to the next level.
6 photos

Harmful CO2 can be captured from the atmosphere, and either stored or used for industrial purposes. But because CCUS solutions are not available everywhere in the world, CO2 that’s been captured needs to be transported over great distances, for future storage or utilization. This is why Mitsubishi Shipbuilding, part of Mitsubishi Heavy Industries, is developing the world’s first carrier for liquefied CO2 (LCO2).

Other ships that carried LCO2 for usage in the food industry have operated before in Europe and Japan, but this will be the first time that an LCO2 carrier is intended specifically for CCUS. Called CO2L-Blue, this carrier will be primarily a test ship for the development and demonstration of the technology that’s required for high-volume CO2 transportation.

The shipbuilding giant will use its extensive knowledge in the construction of liquefied gas carriers (LNG is considered an alternative to conventional fuel), to design the new ship and the cargo containment system. Construction will start at the Mitsubishi Heavy Industries Enoura Plant, and the completed ship will be chartered by The Engineering Advancement Association of Japan (ENAA). There are several other partners that will contribute to the launch of this new carrier, as part of the NEDO (New Energy and Industrial Technology Development Organization) project.

The 236-foot-long (72 meters) vessel will help transport liquid CO2 safely and cost-effectively, over longer distances. The Japanese company estimates that the demand for such carriers will only increase in the near future, because of the distance between CO2 emissions sites and the selected locations for carbon utilization and storage.

The test carrier is expected to enter into service by the end of 2023 and will represent just one of the steps that Mitsubishi Shipbuilding is taking towards decarbonization, together with the use of renewable energy and electrification. 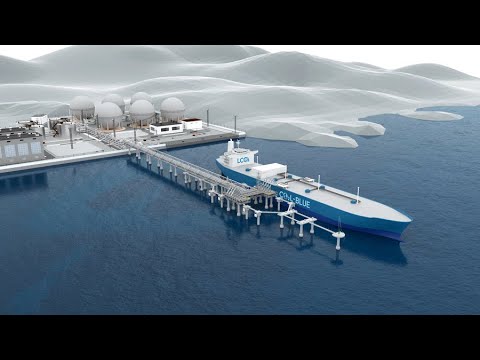