Vlad Mitrache
Early last month, the Koenigsegg Agera RS became the world's fastest production car after reaching a maximum speed of 284.55 mph (457.94 km/h) somewhere near Las Vegas in the Mojave desert.
1 photo
That's right, not only did the Swedes at Koenigsegg take the speed crown away from Bugatti - which is backed by the billions of dollars the Volkswagen Group has at its disposal - but they did it on a quite narrow two-lane public road, albeit closed for the occasion.

The Agera RS proved that not only can it reach these dizzying speeds, but it is also quite docile at velocities that would easily allow a plane to take off. But perhaps the most impressive part is that it managed to achieve it using a modest power output, at least by modern standards.

The thing is the Agera RS did not take the throne away from the Chiron, but from Bugatti's previous model, the Veyron. The latest Bug is yet to flex its top speed muscles, but it should make its attempt sometime during next year.

However, you weren't completely wrong to think the Chiron was mixed up into this, it's just that you're confusing one record for another. About one month before becoming the world's fastest production car, the Agera RS also smashed Chiron's 0-400-0 km/h record, hence the mix-up.

Koenigsegg has just released a two-angle video of the record-breaking run, and the ease with which everything is done is breathtaking, but it also makes the video seem less impressive than it really is. Sure, Niklas Lilja's skills deserve to be mentioned as well, especially his minute corrections to the steering wheel that, at such a speed, make all the difference, as well as his one-hand driving at speeds of over 186 mph (300 km/h). Well, he was going "no hands" at over 60 mph while accelerating, so that was probably to be expected. 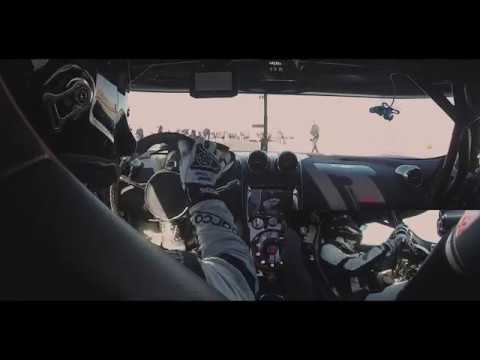