2 Next Nissan Titan to Gain Turbo Diesel V8 from Cummins

This Is How Ram Heavy Duty Diesel Engines Are Built

Ciprian Florea
While the 2014 Ram 1500 EcoDiesel has yet to arrive in Chrysler dealerships, the pickup truck manufacturer is no stranger to diesel mills, which have been motivating its heavy duty vehicles for quite some time now. Since 1989 actually.
1 photo
Initially a 5.9-liter units, the current turbo diesel Ram-Cummins engine displaces 6.7 liters and powers the Ram 2500, 3500 and Ram’s entire lineup of chassis cabs. Cummins built more than two million such engines for Ram Truck in 23 years, with the historic two-millionth unit being rolled off the assembly line more than a year.

The build was documented by the Columbus-headquartered manufacturer and released a few months later. Yes, the video is not exactly new, but you won’t regret the five minutes you’ll spend watching it. 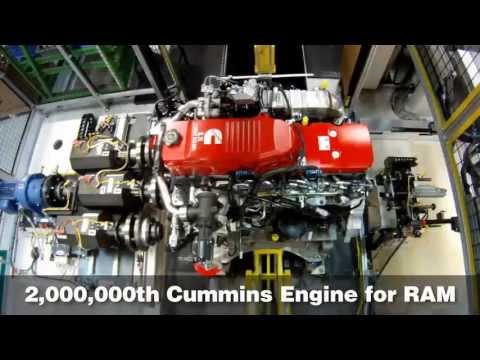