1 Bagger Racing Kicks Off in June with Burnouts, Drifting and Wheelies

Daniel Patrascu
It was just a few months ago when the bagger racing craze began. In October of last year, two Indian Challenger motorcycles took on a small army of 13 Harley-Davidsons to climb to the top of the podium at the WeatherTech Raceway Laguna Seca. The race was so successful that several others were announced for this year.
8 photos

Now turned into an entire series, even if somewhat limited when it comes to the number of races, the 2021 MotoAmerica King of the Baggers kicked off in the first few days of May at the Michelin Raceway Road Atlanta.

In 2020, Indian rider Tyler O’Hara managed to finish the race first, followed by Hayden Gillim on the back of a Harley motorcycle. Sandwiching the Milwaukee machine was the second Indian rider in the race, Frankie Garcia.

In the single race held in King of the Baggers this year, the exact same thing happened. Indian’s O’Hara finished first, followed, this time, by Harley’s Kyle Wyman, and Garcia with his Indian coming in third.

Over two weeks have passed since the race took place. As the teams are preparing for the next one, scheduled to take place in June at Road America, Indian decided it’s time to give us a behind-the-scenes look at how riders prepared for the event that was.

The first episode of what is expected to be an entire series dedicated to bagger racing shows how O’Hara got ready to defend the title he got back in October.

Now, the whole thing might look a bit strange to watch, as even if the video was just released, it appears to tell the story of how O’Hara and his team were preparing for the race before it occurred. Yet that doesn’t make it less spectacular, so you have about 15 minutes of free time to watch the video below, we recommend you do so. 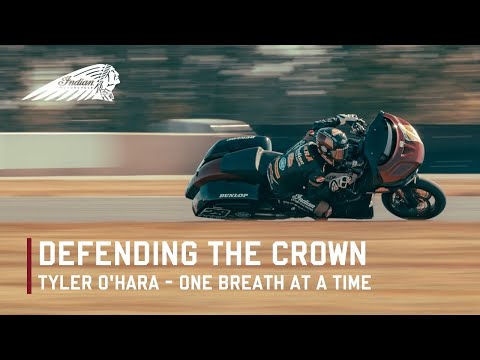