1 Fingerbot Plus Knows How to Push Those Buttons, It Can Make Everything for You

3 This Multi-Functional Robot Was Designed to Lend You a Hand. Literally

My, Lamborghini Urus, That’s One Purple Interior You Have There!

This Humanoid Robot Head Has Facial Expressions, Its Grin Makes You Cringe

Cristina Mircea
Scientists are now working on building robots that look more human and have facial expressions. The EVA robot can smile, frown, express sadness, and more, but it still looks cringy, so maybe they should’ve left it with its poker face instead.
1 photo
EVA is a humanoid robotic head built by engineers at the Columbia University in New York. The autonomous robot has an expressive face that can display and mimic human expressions. Making EVA was a difficult challenge that took engineers five years. Robots are usually made of still, hard materials and the humanoid robot had to be able to move its face easily.

EVA’s parts were mostly 3D printed and the robot has cables and motors acting as the “muscles” of its face, allowing it to make different moves. It can mimic the movements of over 42 muscles in the human face. It can express six basic emotions: joy, sadness, surprise, fear, anger, and disgust, as well as a wide range of more subtle, nuanced emotions.

The robotic human skull uses deep learning artificial intelligence to read and then mirror the expressions of the human it interacts with, as explained on Columbia Engineering’s website. In order to accomplish all that, EVA watches videos of itself making random faces and uses trial and error learning.

According to the team, people tend to humanize robot devices and give them a name, identity, cloth and accessorize them, to make them look friendlier and more expressive. Our brains respond better to machines that have some kind of recognizable physical presence, explains Hod Lipson, professor of Mechanical Engineering and Data Science at Columbia University.

For now, EVA is just a lab experiment with limited applications, but researchers hope that’s going to change in the future. They think robots that can respond to human body language could prove to be useful in schools, hospitals, and our workplaces. 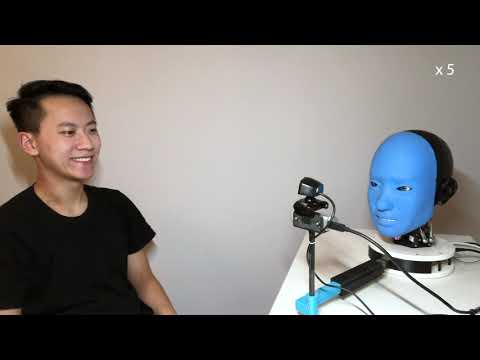 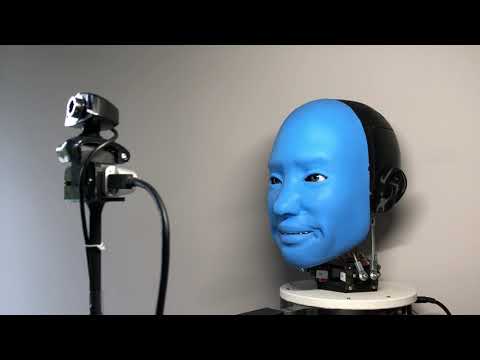